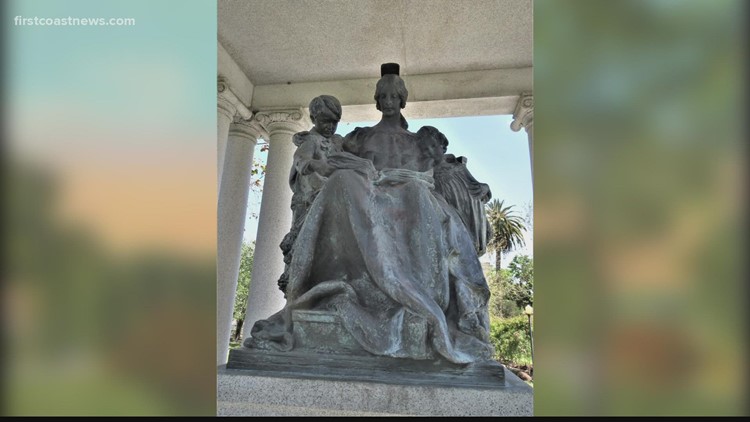 Councilman Garrett Dennis proposed an amendment that would reduce that cost to $99,000. That amendment also failed.

JACKSONVILLE, Fla. — The bill that would have led to the removal of the Women of the Confederacy monument in Springfield park has been withdrawn.

The motion passed by a 12-6 vote at Tuesday night’s Jacksonville City Council meeting.

The bill was expected to fail after several city council members publicly voted against it in committee.

In response, City Councilman Matt Carlucci and the Northside Coalition have called for the vote to be postponed until a later day.

The removal of the statue was estimated to be $1.3 million, according to the bill. However, Councilman Garrett Dennis proposed an amendment that would reduce that cost to $99,000. That amendment also failed.

CM Garrett Dennis’ floor amendment to bring the cost down to $99,000 for the removal of the confederate monument fails.

The meeting was heated with more than 90 people signed up for the public comment sections and virtually all spoke either for or against the removal of the monument.

Later, during the city council’s discussion, the entire gallery was ordered to leave the chamber after multiple outbursts.

Mayor Lenny Kenny’s Chief of Staff Brian Hughes said the mayor is disappointed in the city council’s decision. Curry proposed the bill and was openly calling for it to pass.