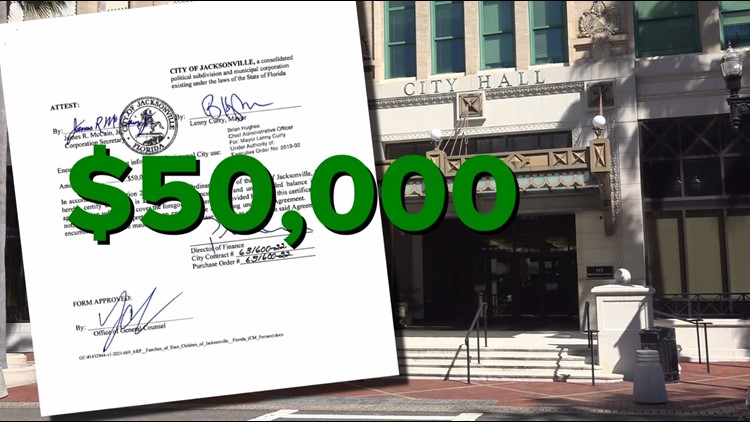 Non-profits like MAD DADS says donations have nearly stopped, and funding is urgently needed to continue their community services.

JACKSONVILLE, Fla — Two non-profits, focused on crime prevention, are set to receive $50,00 in grant money from the City of Jacksonville’s American Rescue Plan.

The funding is meant to help organizations offset the costs of the COVID-19 pandemic. Organizers behind the non-profits say the money is urgently needed, coming at a time with heavy crime rates and steady COVID-19 cases.

The violence is impacting families like Gale Williams, who previously lost her brother.

“Every day there’s a shooting, people don’t always die, but every day is a shooting,” said Williams, president of Southern Women Against Gun Violence.

Williams worked with local non-profits before she founded the Southern Women Against Gun Violence. She says the work she and other organizations do isn’t easy.

‘MAD DADS’ and ‘Families of Slain Children’ are two local organizations that will receive $50,000 in grant money from the city of Jacksonville’s American Rescue plan funding.

Non-profits like MAD DADS says donations have nearly stopped, and funding is urgently needed to continue their community services.

“It is very very very critical, we really we’re getting a lot anyway, the community wasn’t stepping up giving us anything., we really weren’t getting anything from the city, from the state,” said Elder Donald Foy, President MAD DADS.

MAD DADS organizers plan to use the funding to help support their youth employment programs, and community events. The group will also increase their door-to-door walks, going to neighborhoods with high crime, trying to break the code of silence and get people to help police solve crimes.

The organizations haven’t received the funds yet, but according to the city, these payments are in currently process.

City council member Al Ferraro, who helped with the application process, expects the money to come down sometime this week.