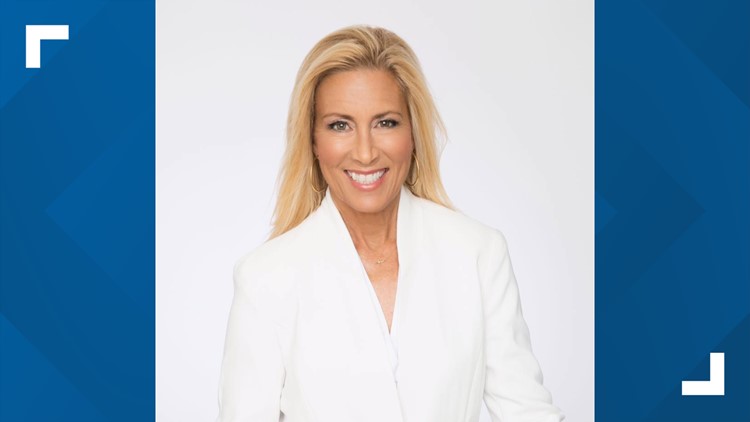 The former First Coast News anchor and champion of those living with breast cancer first forayed into the political realm in 2020, running for the U.S. House.

JACKSONVILLE, Fla. — A well known face across the First Coast is announcing she’s throwing her hat in the ring to be Jacksonville’s next mayor.

Donna Deegan is set to make an announcement Tuesday morning at 11 in Springfield. But followers of her social media accounts got a preview of what that announcement may be — her Facebook page lists an updated, password-protected website of “donnaformayor.com,” with an updated bio describing her as “Proud Jacksonville native. Award-winning television news anchor. Philanthropist. Author. Marathoner. Parent. Change agent. Candidate for Mayor.”

The former First Coast News anchor and champion of those living with breast cancer first forayed into the political realm in 2020, running as a Democrat against incumbent U.S. Congressman John Rutherford, who ultimately won the race.

During her race for the House, Deegan spoke about making health care the centerpiece of her campaign, seeking to strengthen the Affordable Care Act and its protections for health coverage, citing her own battle against cancer.

“God threw me a little bit of a curveball — something that I was not expecting — and that was not one but three diagnoses of breast cancer,” she said during a debate in 2020. “I have to say that for me the number one reason I am in this race is because of health care.”

Deegan’s nonprofit the Donna Foundation raises money for breast cancer research, with its hallmark annual Donna Marathon estimated to see an increase of 10% participation in 2022.

Ahead of her press conference at 11, Deegan is set to speak on the Melissa Ross show on WJCT at 9 a.m.

In the interest of being transparent, Deegan is a former First Coast News anchor and reporter. Her husband, Tim Deegan, is our chief meteorologist. Tim Deegan does not play a role in our political coverage.

Join the show at 9am as we welcome @DonnaDeegan. @WJCTNews