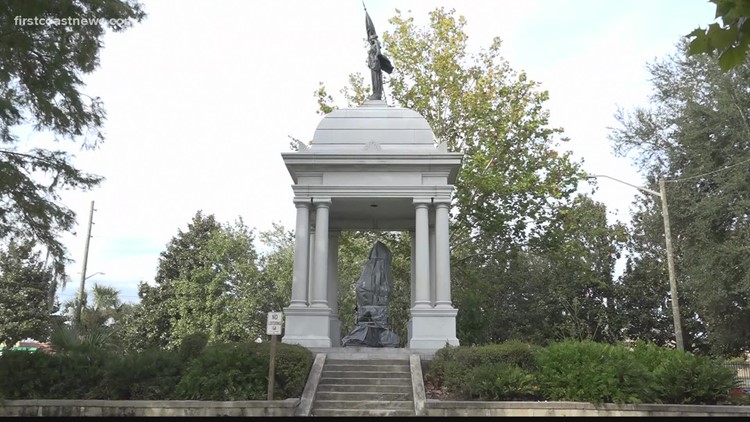 The finance committee will vote on the bill Tuesday. It would allocate the funds necessary to remove the statue and will need a super majority to pass.

JACKSONVILLE, Fla. — Jacksonville Mayor Lenny Curry is calling for the removal of the Confederate monument in Springfield Park.

“This is a monument that is unnecessarily dividing our community and represents, to some residents, racial hatred,” said Brian Hughes, chief administrative officer  “The city council ultimately will decide if this bill advances.”

However, last week was an early indication that the bill will likely fail. A handful of city council members have already said “no” to the $1.3 million proposal.

The neighborhoods and transportation city council committee’s met and voted against approving the monument removal bill, by votes of 4-1 and 4-2 respectively.

This means eight city council members are already on-record “no” votes for the $1.3 million proposal.

RELATED: Hiding in plain sight: Confederate statue will be shrouded in plastic during trial in the death of Ahmaud Arbery

The finance committee will vote on the bill Tuesday. It would allocate the funds necessary to remove the statue and will need a super majority to pass the full city council, which is 13 “yes” votes.

Despite the likelihood of the bill failing to pass, Curry is still asking for passage to remove this monument “as quickly as possible.”

It would allocate the funds necessary to remove the statue.

The Jacksonville Civic Council, which is made up of business and community leaders, in response to calls from groups led by the Northside Coalition, sent a letter to council calling for the delay or withdrawal of the vote.

They, too, want to see the monument taken down.