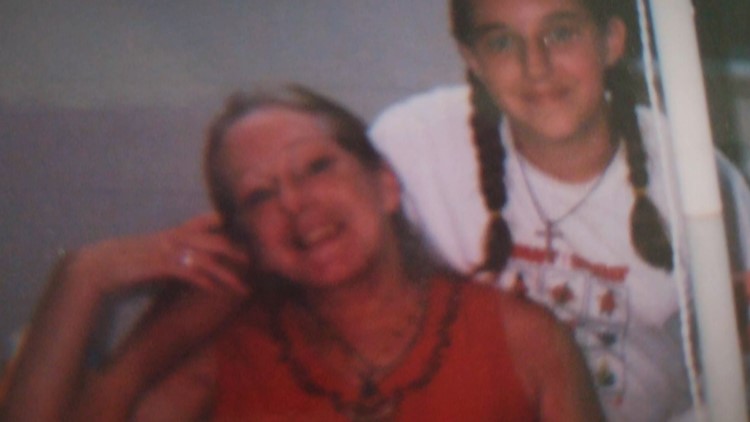 When Mary Lou Combs didn’t show up to her daughter’s birthday, family knew something was wrong. Now, 18 years later, they still don’t know what happened to her.

FLAGLER COUNTY, Fla. — It has been just over 18 years since a Flagler County mother of three seemingly vanished.  With no body and no new leads, the family of Mary Lou Combs says they have no closure.

Natasha Harper was days away from turning 13-years-old when her mother, Mary Lou Combs, gave Natasha a sneak peek at her birthday present.

“I was collecting porcelain dolls at the time, so she had come around to show me one she had gotten for me and said ‘don’t tell anyone I showed you this, but it will be wrapped and ready for you in a couple of days,” Harper said. “Unfortunately that was the last I ever saw of her.”

On August 19 of 2003, Combs’ mother told investigators she got into an argument with her daughter and Mary left the house.  Four days later, Mary didn’t show up at Natasha’s birthday party. The family began to worry, they say Mary wouldn’t miss such an important event.

Sister-in-law Lori Combs says she checked with the Food Lion in Flagler County to see if Mary had picked up her paycheck.

“He [the manager] held it up to me and said ‘nope here it is’ and at that point in time I got goosebumps down my arms. I am thinking something is really wrong because if Mary was due a paycheck, she would get her paycheck,” Lori Combs said.

Mary was reported missing to the Flagler County Sheriff’s Office. Natasha Harper and Lori Combs say the family then began hearing rumors about what may have happened to Mary.

“Rumors that they [Mary and others] got into drugs that night and overdosed and they had disposed of her body because they were scared,” said Natasha Harper.

Master Deputy Andrew Cangialosi is the cold case detective at the Flagler County Sheriff’s Office. He is re-investigating this 18-year-old case and says investigators also heard those same rumors.

“We have heard a rumor that she was at a house party and there was an overdose, but that has not been confirmed,” said Det. Cangialosi. “Interviews still need to be done on that.”

He says Mary’s DNA was added to NAMUS, the National Missing and Unidentified Persons System, but so far no human remains found have been identified as hers.

Her 1996 red Plymouth Neon has also never been found.

Deputies then followed up on a tip about where her body may have been dumped.

“We flew the helicopter over different areas, we have traveled as far as the Suwannee due to one rumor, checked the river and property there. It is very difficult when you have no body or vehicle,” says Det. Cangialosi.

Without a body, he says it is uncertain if Mary is alive or dead.  But Natasha Harper and Lori Combs both believe it is likely the latter and believe there are those in Flagler County that have information that could bring them closure.

“I just wish that someone would spill the beans and let us know because we all know each other around this community and it would just be a blessing to know where she is,” said Lori Combs through tears.

Natasha says she and her two brothers want to find their mother’s remains and bury her, so she and the family can finally have peace.

“We need closure, there’s three of us. My mom had three kids,” said  Natasha,” We need to know something.”