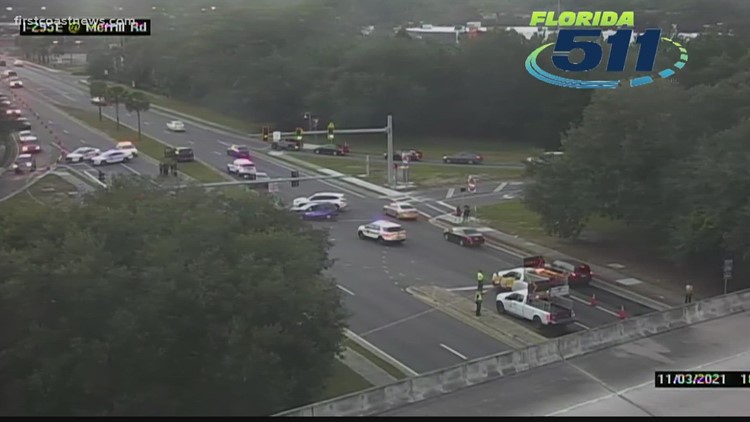 The Jacksonville Sheriff’s Office says one man suffered a gunshot wound and was transported to a local hospital.

JACKSONVILLE, Fla — Police are still looking for the shooter that was involved in a road rage incident that escalated into a shooting and vehicle crash Wednesday evening in the area of Merrill Road and I-295.

The Jacksonville Sheriff’s Office says one man suffered a gunshot wound and was transported to a local hospital. He is expected to be okay.

Chavis lives less than a mile from the road rage incident that spiraled out of control.

“I mean road rage were in Florida traffic is bad but there’s no need of shooting or killing anyone over road rage, that’s why we got to think before we do anything,” said Chavis.

JSO says the shooting happened in the area of Merrill Road and I-295 around 5:06 p.m., causing traffic.

JSO believes the shooting was connected to the road rage that led to a vehicle crash involving two vehicles.

Police say while both vehicles were disabled because of the crash the shooter fled the scene by foot.

Chavis says that worries her.

“We do our walks, our kids go outside and play basketball very friendly we never had any bad incident or anything,” said Chavis.

No arrest have been made yet.