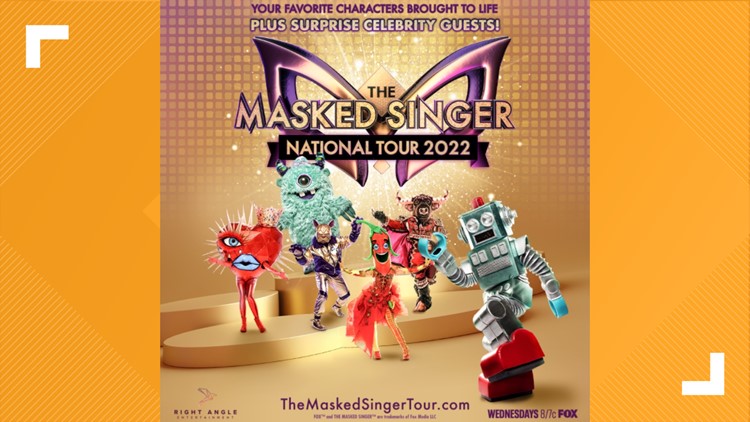 The extravagant show will hit venues in 50 cities across the United States, including the Moran Theater in Jacksonville on Friday, July 1, 2022.

JACKSONVILLE, Fla. — One of television’s most unique shows is coming to Jacksonville next year.

The Masked Singer, a reality show in which celebrities perform while hidden within costumes, will launch its live tour in 2022.

The extravagant show will hit venues in 50 cities across the United States, including the Times-Union Center for The Performing Arts – Moran Theater in Jacksonville on Friday, July 1, 2022.

The National Tour will feature celebrity guest hosts from the TV show that will be announced at a later date, as well as one local celebrity at every show who will perform in a top-secret disguise.

People in the audience will be given clues to guess the identity until the local celebrity is unmasked at the end of the night.

The tour will also feature fan-favorite masked characters from the TV show live on stage in an incredible production of song, dance and craziness that is only expected from The Masked Singer.

Tickets for the tour are on sale now at TheMaskedSingerTour.com.

Have you heard the news? #TheMaskedSinger National Tour is coming to a city near you in 2022! Tickets go on sale Wednesday, Nov. 3 at 8pm ET/5pm PT and pre-sales are happening NOW.