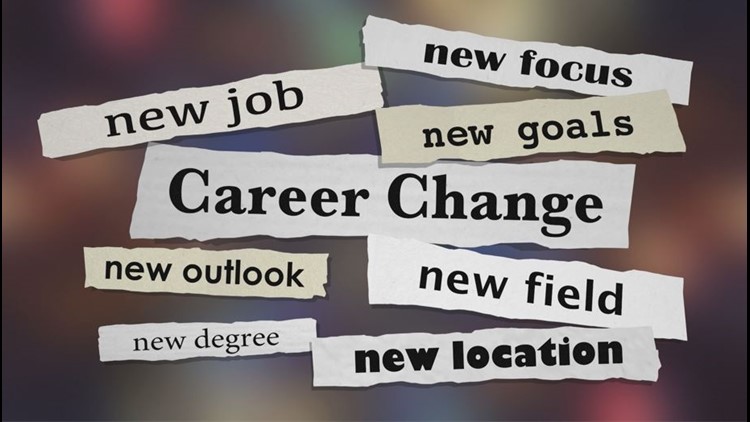 Michelle Blount was fired from her journalism job in September 2020. She has decided to go back to school.

JACKSONVILLE, Fla. — For more than a year and a half, First Coast News has shared many unemployment stories from the news of a lay-off to the agonizing wait to get unemployment benefits to the hours spent on the computer and on the phone trying to get answers.

First Coast News is exploring another side of the ‘Unemployment Maze.’

Many of our viewers have expressed similar frustrations over a ‘Re-employment Maze’ – the struggles of finding a new job.

“When I realized, ‘Let’s just get a new job, let’s start this. You can get unemployment, everything is going to be okay,’ but everything was not okay,” recalled Michelle Blount after she fired from her journalism job in September 2020.

She was one of 778,000 Floridians out of work that month. “I became so depressed that I was physically ill,” she said.

An uncertain financial future wasn’t Blount’s only worry.  Thoughts of suicide were common and there were also many sleepless nights.  “I would wake up in the middle of the night crying. Where’s my life? What am I doing? Where’s it going?” she asked herself.

Finding a new job, or even a temporary one, had it challenges.  Blount has a bachelor’s and master’s degree – qualifications she thought would get her at least an interview.

But, rejections were followed by more rejections. She was even denied a job at Kohl’s which she thought would have been a slam dunk.

You get on Indeed and you look at the jobs you’ve applied for and then they will be like, red X, red X, red X, ‘not selected and it defeated me,” Blount told First Coast News.

Vanessa Brito, who has navigated thousands of families through Florida’s unemployment maze, says the pandemic has turned the job market upside down.

“The workforce has completely changed,” she said.

She sympathizes with those job seekers who are searching for something, but are ending up with nothing.

She says Blount isn’t alone in her disappointment and discouragement, but at 50, Brito says Blount’s age is a disadvantage.

“It’s hard to prove, but ageism is a big issue right now. So, the older you are, the more difficult it’s going to be,” Brito said.

She is now working with relatively new job seekers who are navigating through a ‘re-employment maze’ by polishing and helping to write resumes.

Blount is pausing her job search and has decided to go back to school to become a clinical mental health counselor.

“That’s basically because of what I went through. I want to help other people. We are all in this together.  Don’t give up. Keep fighting. Even when you think you can’t make, because you can.”

Blount is expected to graduate next fall.

To supplement any extra income, she created an Etsy page, selling handmade gifts.