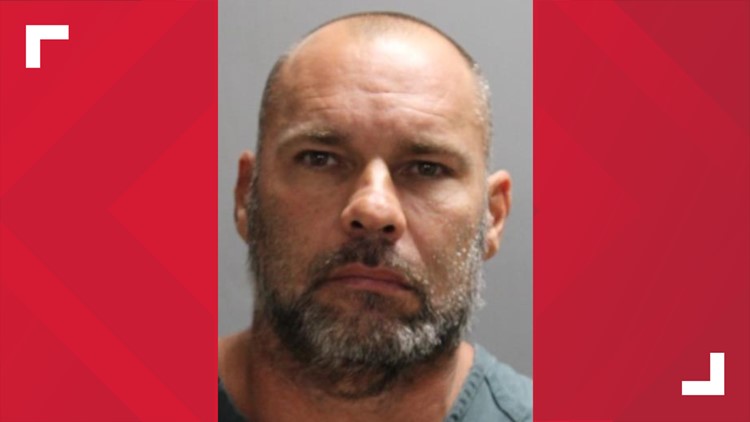 James Casey Vaughn was found with the victim inside of a Jacksonville Beach Hotel.

FERNANDINA BEACH, Fla. — A man was arrested after officers found him inside of a Jacksonville Beach hotel with a woman he had allegedly kidnapped from a home in Fernandina Beach.

Detectives from the Fernandina Beach Police Department responded to 2397 South Fletcher Avenue to investigate an alleged kidnapping on Tuesday.

During a safety sweep of the home, officers found no one inside. However, they said the victim’s vehicle was parked in front of the home.

While investigating, detectives learned that the victim had communicated to friends and family members via text messages and telephone that her “former boyfriend,” James Casey Vaughn, had threatened to kidnap and kill her, officers said.

Neighbors noticed Vaughn’s vehicle parked in front of the victim’s home on Monday night. The victim reportedly missed a scheduled lunch date on Tuesday and family members were unable to reach her.

When detectives spoke with family members they learned that the victim contacted her family and stated that Vaughn had kidnapped her. She also told her family that he was holding her against her will, police said. The phone call then ended abruptly between the victim and her family.

Officers went to the hotel room and conducted a well-being check, where they found Vaughn and the victim.

Vaughn was taken into custody without incident. The victim told officers that she had been kidnapped and that Vaughn had put a knife to her throat threatening to kill her.

Officers said the victim did not appear to be physically injured.

Vaughn was arrested for kidnapping and transported to the Duval County Jail.