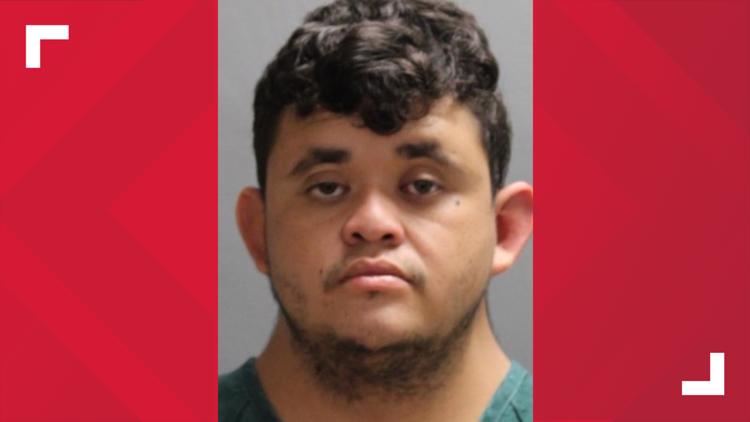 Yery Noel Medina Ulloa sent a witness a text stating he had “killed Uncle Francisco,” according to an arrest report.

JACKSONVILLE, Fla. — (Note: The video above is from a previous related report.)

A man accused of murder after he was found walking in the Arlington area covered in blood, then lying about his name and age last month, will be formally charged Thursday.

According to Duval County jail records, 24-year-old Yery Noel Medina Ulloa was arrested Oct. 13 on second-degree murder and tampering with evidence charges. The Jacksonville Sheriff’s Office was called to the 1200 block of Homard Place on Oct. 6 for reports of a man covered in blood walking along the roadway, then entering the woods.

When officers arrived, they set up a perimeter and found the man a short time later. Witnesses told officers where the man was first seen walking, and police responded to the 10000 block of Lone Star Road, where they found a trail of blood in the driveway and the front door partially open, according to an arrest report.

The officers entered the home for a wellness check and found a man in his 40s dead on the floor of the living room, the report says.

Another witness responded to the scene and told detectives he had received a call from Medina Ulloa stating that he killed the victim because he “hit him,” the report says. The witness asked Medina Ulloa to text him because of a poor cellphone connection, and Medina Ulloa sent the witness a text stating he had “killed Uncle Francisco,” according to the report.

The report identifies the victim as 46-year-old Francisco Javier Cuellar.

Police conducted a search warrant on the victim’s home and found video surveillance of the living room area showing Medina Ulloa “stabbing the victim numerous times and repeatedly hitting him with a chair,” the report says. Police searched the woods near where Medina Ulloa was found and discovered a knife with what appeared to be blood on it, according to the report.

The report says Medina Ulloa gave a fake name of “Reynel Alexander Hernandez” and told police he was a minor when he was initially arrested on Oct. 7. On Oct. 13, U.S. Immigrations and Customs Enforcement verified Medina Ulloa’s actual biographical information from the Honduran Consulate, according to the report.

Medina Ulloa was moved from the Duval Regional Detention Center and booked into the Duval County Jail.