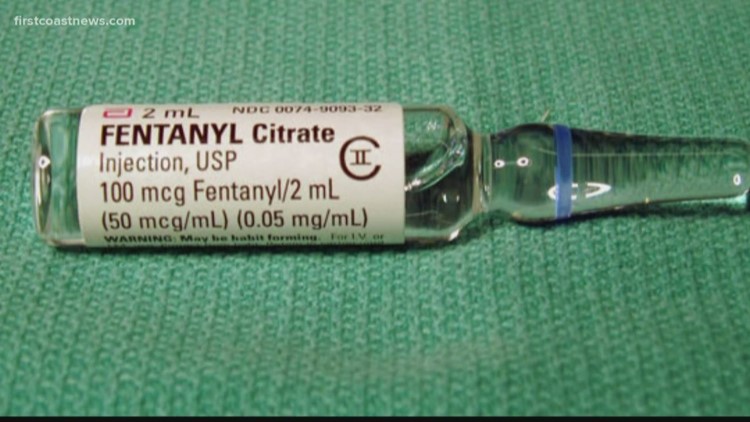 The DOJ says he admitted that he knew that his activities resulted in one or more critically ill patients receiving diluted fentanyl.

JACKSONVILLE, Fla. — (The video above is from an unrelated report)

A Jacksonville ICU nurse has pled guilty to tampering with fentanyl prescribed to hospital patients for his own use, according to a press release from the Department of Justice (DOJ).

Jerome W. Clampitt II, 42, pleaded guilty to tampering with a consumer product. He faces a maximum penalty of 10 years in federal prison, according to court documents.

According to the plea agreement, on Jan. 30, 2020, Clampitt, a registered nurse, was working a night shift in the intensive care unit of a hospital in Jacksonville.

A patient under Clampitt’s care was prescribed and receiving an intravenous dose of fentanyl, along with other medications for anesthesia, according to the DOJ.

That’s when two fellow employees reportedly saw Clampitt using a syringe to inject a substance into the device that dispensed fentanyl into the patient, when there was no medically valid reason for Clampitt to do so, says the DOJ.

Laboratory testing eventually determined that the patient’s dose of fentanyl had been diluted with saline, according to the plea agreement.

When interviewed by law enforcement officers, Clampitt eventually admitted that he had diverted drugs from patients at the hospital for personal use.

As part of his guilty plea, the DOJ says Clampitt admitted that he knew that his activities resulted in one or more critically ill patients receiving diluted fentanyl, which lacked prescribed quantities of active medication necessary to control pain.

Having been deprived of medically-necessary medication, the DOJ says such patients would endure pain and suffering and were exposed to increased risks of illness and death due to possible infection.

This case was investigated by the U.S. Food and Drug Administration, Office of Criminal Investigations and the Jacksonville Sheriff’s Office.