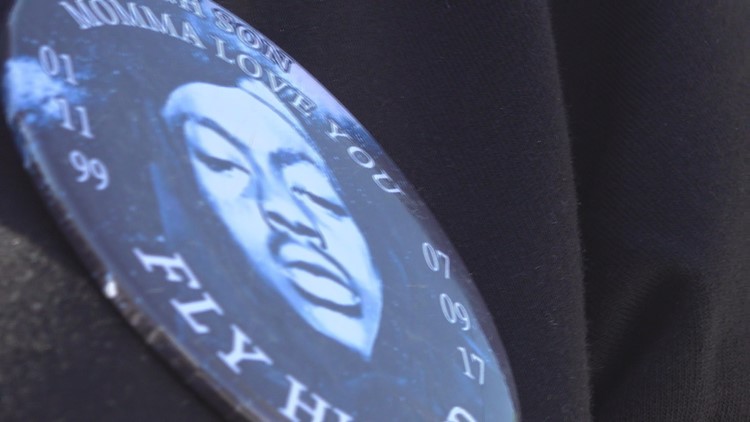 JACKSONVILLE, Fla. — Ralaunda Bray holds on the little things that keep her son’s memory alive. She wears a wrist full of bracelets that read her son’s name, Tradarius Alexander.

The Jacksonville mother said Alexander was her second oldest son and he meant the world to her. Bray smiled when she mentioned how the two had their own special bond.

“He was a real sweetheart,” Bray said. “That was my baby.”

It’s been four years since her son was murdered. Alexander, also known as TD, was shot near a bus stop on the Westside of the city. Alexander was 18 when he died. An age, Bray said her son looked forward to.

“This is something I have to deal with every time,” Bray added. “I wake up in the morning, just knowing I’m not going to hear him, see him.”

Alexander was killed in 2017. Four years have past but the grieving process doesn’t have a deadline.

To Bray, life without her son weighs heavy on the family. She’s taking her loss “one day at a time,” but she’s still trying. Just like Alexander, gun violence has affected young people in Jacksonville.

Jocori Jones was the latest teen who was shot and killed. Jones, 17, shared a bond with his younger cousin, De’Lecia Mosely. Mosely shared with First Coast News how they used to encourage each other with the goal of leaving Jacksonville.

“I told him nothing but positive,” Mosely said. “You know, ‘you’re gonna make it out.'”

Organizations like MAD DADS said gun violence happens so often, they can’t keep track of it all. The group told First Coast News it tries to help as many families as it can. One of the families included Bray’s, who knows all too well, how a bullet does more than physical harm. The journey to healing takes time.

“Gun violence it’s terrible. As a community, we all need to come together,” Bray said.