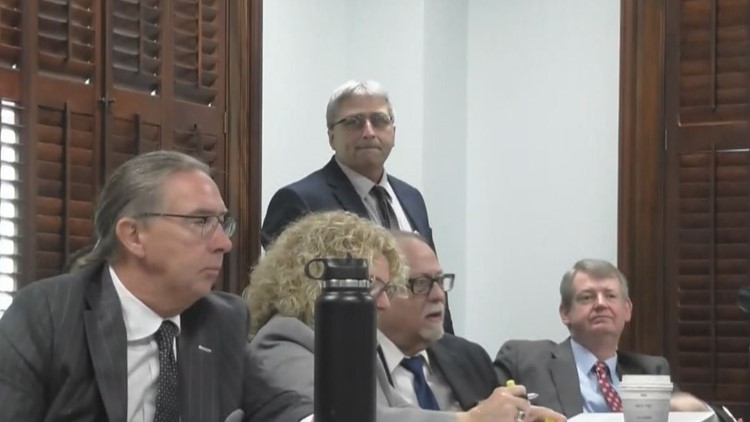 Race becomes the focus of jury selection as final pool eliminates almost all Black jurors in the case of three men accused of murdering Ahmaud Arbery.

BRUNSWICK, Ga. — BREAKING UPDATE: The judge in the death of Ahmaud Arbery case has announced the court has found intentional discrimination in the juror strike process after 11 out of 12 Black jurors were stricken from the potential juror pool.

He can’t grant the motion. The jury has been selected.

BREAKING: The judge just announced the court has found intentional discrimination in strike process. He’s currently deciding what to do @FCN2go https://t.co/qH3u0qp8du

A mostly white jury was chosen in the case of three men accused of murdering Ahmaud Arbery after defense lawyers struck 11 of 12 Black jurors from the pool of eligible jurors.

“The majority of the African American jurors that came in here were struck for cause immediately because of their firm opinions,” said defense attorney Linda Hogue, who represents Greg McMichael, adding that they were “between a rock and a hard place.”

During the final jury selection Wednesday, attorneys started with 48 potential jurors out of a pool of 65. Prosecutors were given 12 preemptory strikes (which unlike “cause strikes” are subjective) and the defense 24 (eight for each defendant).

The total pool of 65 had 12 Black members, or about a quarter of the pool.

That process is happening now.

Stay with First Coast News is this story develops.