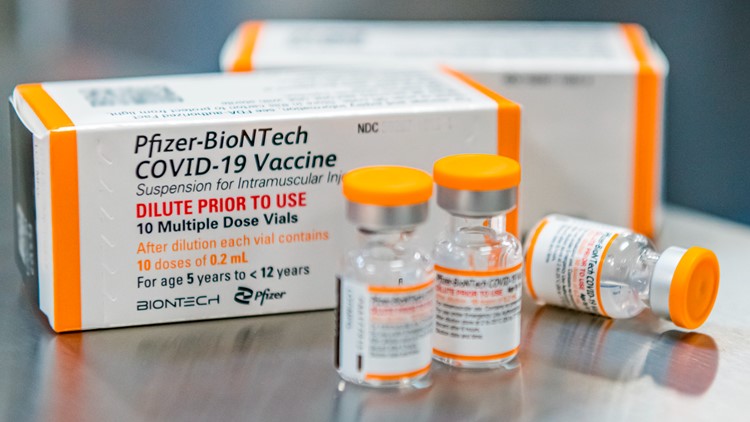 Many parents are still on edge with letting their kids get the COVID-19 vaccine, according to the Kaiser Family Foundation.

JACKSONVILLE, Fla. — In the coming weeks, hospitals and pharmacies on the First Coast will begin to give the Pfizer pediatric COVID-19 to children between 5-11.

The pediatric vaccine contains one-third of the dosage of the adult vaccine. Still, many parents are still on edge with letting their kids get the shot, according to the Kaiser Family Foundation.

RELATED: No, the Pfizer COVID-19 vaccine dosage is not the same for kids ages 5 to 11 as it is for adults

“I am not really for it at this moment,” said Kathryn McClow, a mother of two.  “Not to say in the future I won’t be open to her getting it.”

McClow explained the reason why she’s reluctant to have her children vaccinated is that she feels the vaccine rolled out too fast.

“I don’t know I just feel really uncomfortable giving her something that’s so new,” said McClow.

KFF’s data shows that about three in ten parents with 5 to 11-year-old children are eager to get the vaccine to their child as soon as one is authorized, while a third of the parents said they would wait to see how the vaccine is working.

Dr. Arena Chaney has an 11-year-old son. She told First Coast News when she heard that vaccines are expected to be available for kids, her son didn’t really have a choice to not get the shot.

“Especially after we had a family member that passed from COVID,” Chaney said. “My mother who had severe COVID. I felt this would be the best way to be preventative for my son.”

Erica Davis has a 9-year-old son who isn’t a big fan of needles. However, after Davis and her husband educated their son about the vaccine, she said he is prepared.

“I just want to see this virus to go away, and the only way I see that happening is through the vaccine,” said Davis.

Jacksonville pediatrician Dr. Ryan Cantville says it may be a week before the First Coast sees its first shipments of doses.