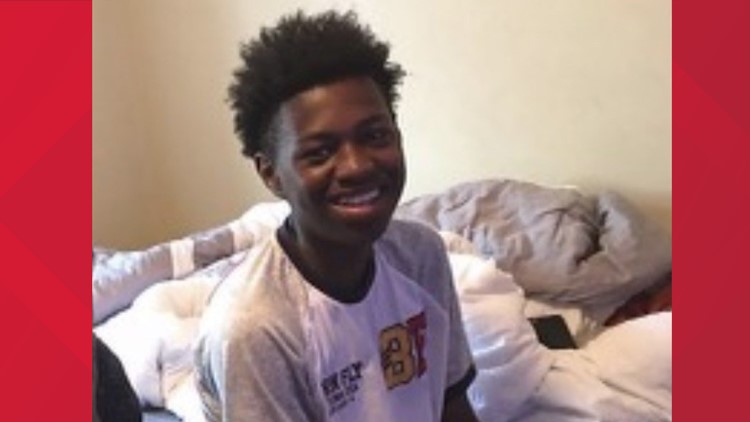 The Jacksonville Sheriff’s Office says Devon Gregory shot himself before a volley of bullets were fired on Nov. 17, 2020.

JACKSONVILLE, Fla. — An 18-year-old man killed during a traffic stop in Jacksonville last year was shot 23 times, according to an autopsy report recently obtained by First Coast News.

The Jacksonville Sheriff’s Office says Devon Gregory was in the passenger seat of a vehicle pulled over Nov. 17 on San Juan Avenue near Cassat.

During the traffic stop, JSO told the driver of the car to step out of the car because they smelled marijuana in the vehicle, according to bodycam video of the incident. The video shows the driver being placed in handcuffs and being led away from the car.

Meanwhile, Gregory became agitated, according to police. During a verbal exchange with police, he began to call out to his friends, saying, “I love y’all!” while police ordered him to raise his hands, the body cam video shows.

“Tell my mom I love her too!” Gregory says in the video.

In the video, police can be heard continuing to order him to comply. “We don’t want to shoot you,” one officer says in the video. “I promise you, you won’t get hurt if you just listen to me.”

Towards the end of the video, gunshots could be heard.

The Jacksonville Sheriff’s Office and the medical examiner said Gregory shot himself first before police fired a volley of bullets.

Officers say they found a gun in the passenger seat, however, the medical examiner said it was unclear whether the self-inflicted gunshot wound was fatal.

In Gregory’s autopsy, the examiner found he had been shot 23 times, including two entry wounds on his forehead. He also had nine gunshots in his back, grazed twice on the nose and neck, and shot in his arms, hands and fingers.

The cause of death was ruled by multiple gunshot wounds, but the autopsy says the manner of death was unknown.

First Coast News also obtained the toxicology report, which stated Gregory had THC, nicotine and caffeine in his system, but no other drugs or alcohol.