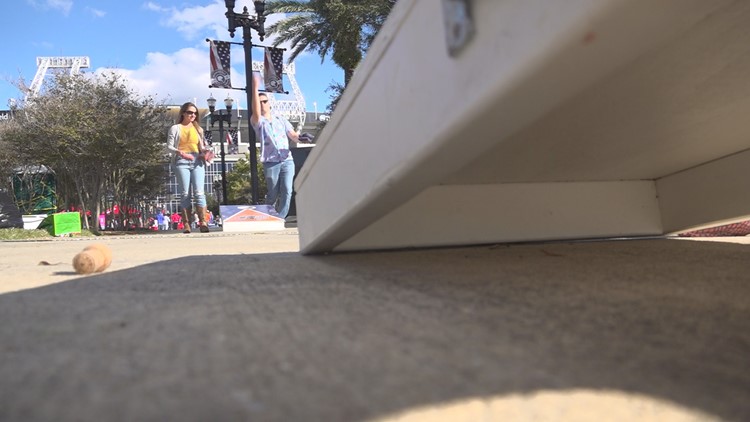 JACKSONVILLE, Fla. — A huge part of the Florida-Georgia experience is tailgating and having a good time with family, friends and even strangers.

While the game was at the TIAA Bank Field Stadium, some fun was in the parking lot.

Tailgating during a Florida-Georgia event is a tradition for Little. Something his family and friends have done for decades. He had tickets to watch the game from inside the stadium. To Chris Little, he’d rather be with his friends and not everyone in his group has tickets.

“It’s a meet up of a lot of friends, a lot of family,” Little said.

It is a tradition that has reunited Little with people he has not seen in years. His tailgate consisted of having a trailer with two TV screens attached.

He brought a satellite dish, so they could watch the game from outside. Plus, Little had a beer tap machine installed to the trailer.

While it would have been nice for Chris to see his alma mater take home a ‘W’, he takes home the memories and good times with his tailgate family.