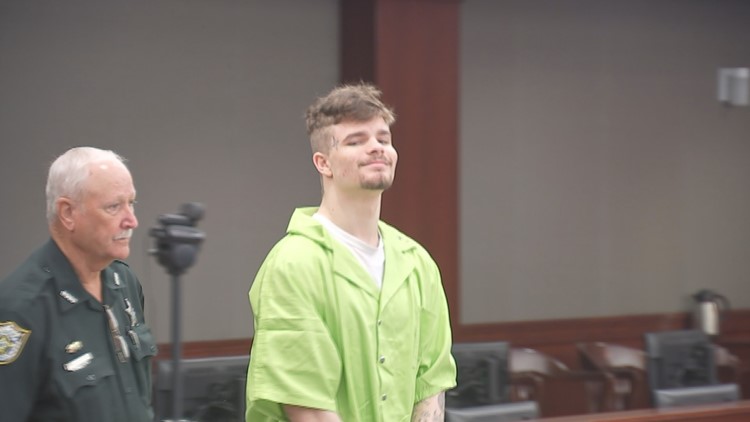 YULEE, Fla. — It’s been almost a year since Trent Fort was shot and killed at the young of 16. To his mother, it’s been the worst 20 months of her life.

However, now that her son’s killer is going to prison, she and her family can begin the healing process.

Gaven Smith showed up to court Friday in a prison jumpsuit for sentencing. He was seen smirking at Fort’s family when he walked in the courtroom.

Judge James Daniel sentenced the 18-year-old to 15 years in prison and 10 years of probation. To Fort’s family, they wanted the maximum penalty; 30 years. The plaintiff’s family expressed how they were not satisfied with the results.

“Just remember Trent for who he was not for who took him,” Paige Hall, Fort’s mother said after the sentencing.

The defense, however, asked for mercy. Smith’s lawyer said her client didnt have the best childhood growing up. She said Smith was physically and emotionally abused growing up. Instead of prison time, the defense asked to put the 18-year-old in boot camp, as a youth offender. Smith even apologized to Fort’s family.

“This is a huge mistake and I have not desire to repeat,” Smith said to the judge.

Smith killed Fort, Feb. 24, 2020. He was reportedly involved in a drug deal that went bad. Fort’s mother said her son was at the wrong place at the wrong time.

Judge Daniel described Smith’s juvenile record as extensive. In this case, the he said the 18-year-old had to be sentenced as an adult.

“Just because Gaven grew up in a bad home, they want to portray his upbringing the reason why he killed my son,” Hall said. “That’s not okay.”

The family plans on filing a civil lawsuit against Smith.