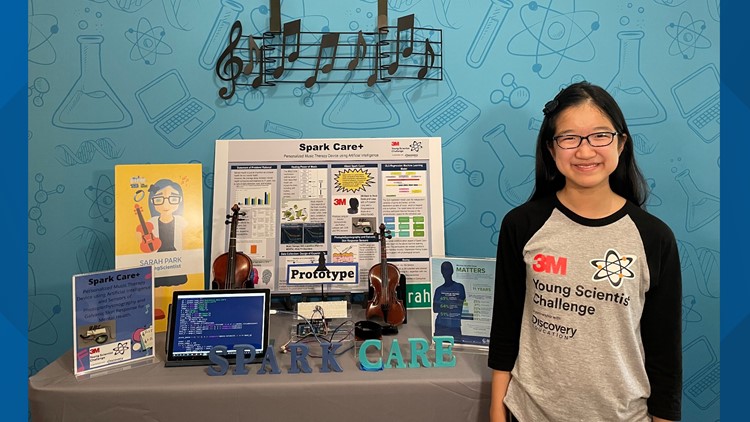 “I could not believe it when they called my name as the grand prize winner as America’s top young scientist, but I’m so thrilled and excited for this opportunity and also for what’s yet to come,” Park said.

“Spark Care+ is basically a device that can generate these new personalized musical pieces, using the sensors and then machine learning in order to make the participant have a better emotional wellbeing and mental health,” Park explained. “Music can also release the hormones of dopamine, serotonin and norepinephrine, which common medications for mental health also release.”

When she played the violin, she noticed the effect music had on those around her and was determined to learn more.

“My grandmother suffered from mental health illnesses,” she said. “However, when she listened to my music, it really released the positive emotions from her. And that’s when I started to realize the healing power of music.”

Park says she plans to use her prize money to launch an app and the wristband version of her device.

“This device can help pretty much everybody around the world, because music can really help our mental health and emotional wellbeing,” Park said.