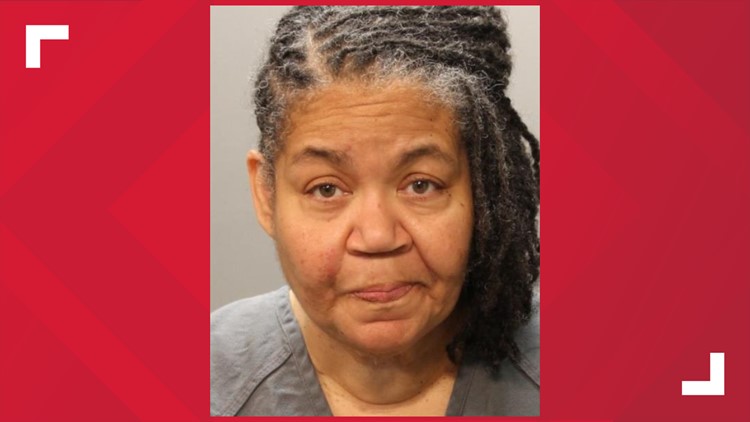 During her first appearance, the judge set her bond at $5,003 dollars and stated that she must wear a drug patch.

JACKSONVILLE, Fla. — A school bus driver appeared in court for the first time Friday morning after being charged with DUI after a crash on the Westside.

According to an arrest report, 58-year-old Lisa Annette Mims was booked into jail on charges of driving under the influence.

The crash happened just before 6 a.m. at I-295’s southbound ramp to I-10 eastbound. The bus landed in the tree line of the exit ramp, the crash report says. No students were on board at the time of the crash.

During her first appearance, the judge set her bond at $5,003 dollars and stated that she must wear a drug patch.

The state noted that she blew .000 on a breathalyzer test around the time of the initial incident.

RELATED: DUI charges for school bus driver after crash, no children on board

“Preliminary investigation shows the vehicle was attempting to exit on the ramp for I-10 and lost control due to the circumstances surrounding the case and inclement weather, left the roadway struck a sign, and then ultimately ended up in the tree line of the exit ramp,” Florida Highway Patrol Master Sgt. Dylan Bryan said during a briefing shortly after Thursday’s crash.

The driver was relocated off the interstate for an investigation of being impaired, according to the report, based on indicators on the scene.

During a DUI investigation, officers noted that Mims’ eyes were glossy and displayed signs that she was under the influence of alcohol.

When asked if she had anything to drink, Mims told police that she doesn’t “drink or do drugs because she is a minister’s wife,” the report says.

Police proceeded to give Mims instructions for a set of field sobriety exercises. Mims was reportedly swaying the entire time while officers were giving her the instructions.

After Mims failed to successfully complete most of the exercises, officers found that she was impaired and she was later arrested for driving under the influence and crash-related charges, FHP says.

“The general message for DUI is quite simple. It’s 100% preventable. There’s no excuse for it,” Bryan said. “There’s so many avenues out there that you can use in the event that you find yourself in that type of situation whether it’s a rideshare program, friends or family that haven’t been drinking, taxis, whatever it is. There’s a lot of different avenues to take.”

The bus belongs to Besi Transportation, according to FHP.

First Coast News reached out to Duval County Public Schools, who says it was not one of the district’s buses involved in the crash. We are working to learn which school the bus was affiliated with.