“We are in line for a potentially elongated process,” one expert said.

TAMPA, Fla. — Florida is filing yet another lawsuit against the federal government, adding to a growing list of battles between the Sunshine State and Washington, D.C.

This time, the suit is over vaccine mandates for federal contractors.

The mandate, which was announced by President Joe Biden on Sept. 9, requires millions who work as employees of the executive branch and contractors who do business with the federal government to get the COVID-19 vaccine.

“We think that we can hopefully get a preliminary injunction and be able to protect people’s jobs from this mandate coming in and kicking a lot of good people out of work,” DeSantis said Thursday.

The procedures by which Biden is enforcing his powers will be key to determining whether we see a preliminary injunction, according to Professor Louis Virelli of Stetson University College of Law.

“The language of that statute and those regulations are where the fight is going to occur,” Virelli said. “What do those words mean? And do they cover the thing that President Biden wants to do?”

For instance, in the lawsuit, Virelli says the DeSantis administration is arguing the mandate did not follow the necessary steps to make it legally binding.

Virelli stresses Biden’s mandate doesn’t raise serious constitutional questions, but rather is a question of statutory authority, which is not uncommon. But even if DeSantis loses the trial court decision, it won’t be the end of it.

“We are in line for a potentially elongated process,” Virelli said, noting the possibility of future appeals.

Dr. Lars Hafner, a political analyst for 10 Tampa Bay, says the outcome could also be based on if liberal or conservative judges are making the ruling. But Hafner adds that he believes the lawsuits are more about playing to DeSantis’ base.

“I’m not so sure that they’re about concerned about winning the lawsuit as they are about keeping it alive so they keep their message alive,” Hafner said.

Critics continue to question the mounting costs of the lawsuits for taxpayers in Florida.

The governor is involved with legal challenges with school boards, cruise lines and venues and civil rights groups over things like masking, vaccine requirements and the so-called “anti-riot” law.

“The bottom line is they’ll keep appealing because they want to keep the issue alive and that’s what will cost taxpayers millions of dollars,” Hafner said.

In response, the Governor’s Office wrote, in part, “Forcing people into unemployment over an unscientific and tyrannical forced injection requirement is an enormous waste of taxpayer dollars,” the governor’s office wrote, in part. “And, moreover, we would not need to spend any tax dollars on lawsuits against the federal government, if the Biden Administration would just follow the law instead of violating our constitutional rights.” 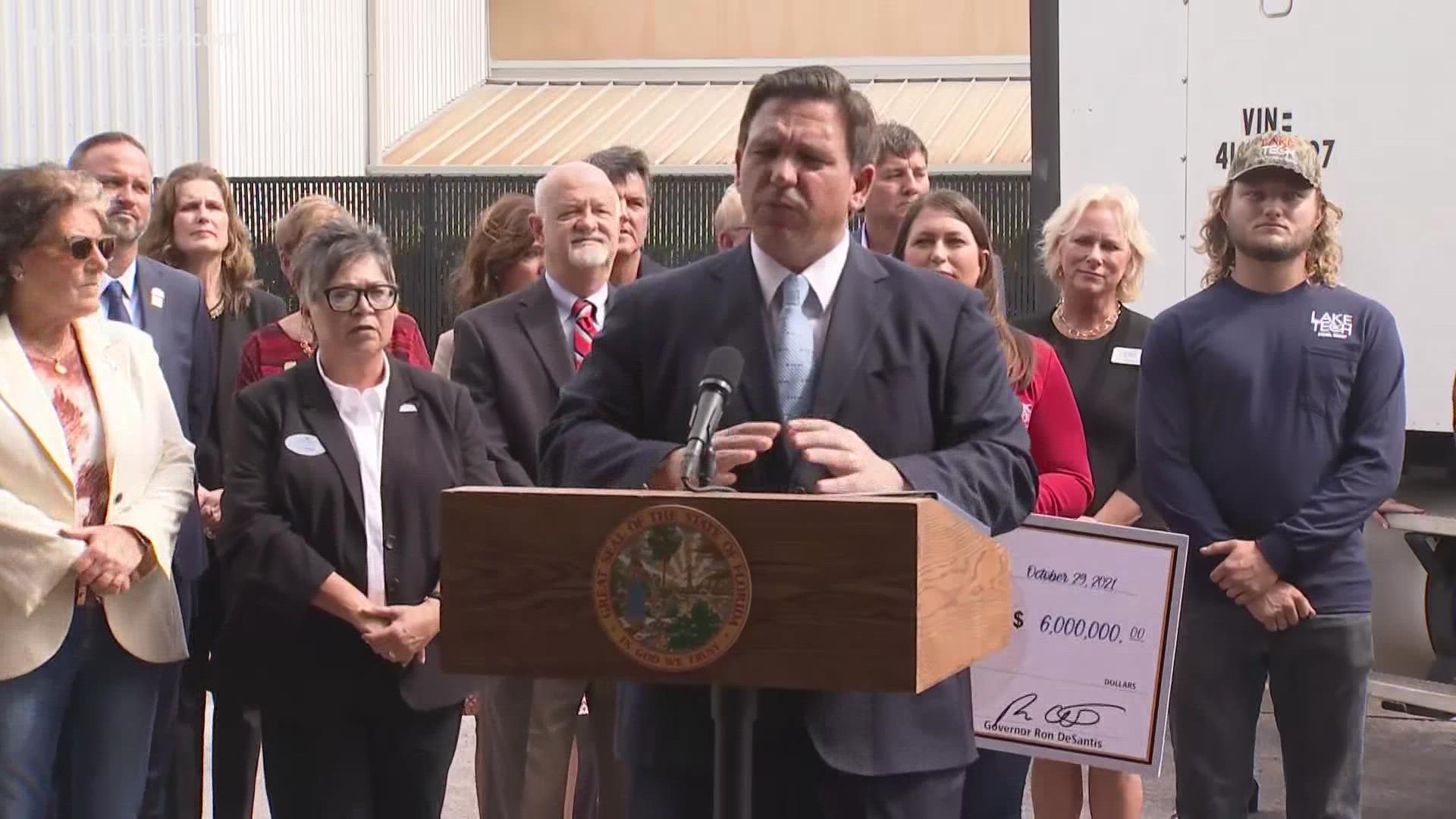