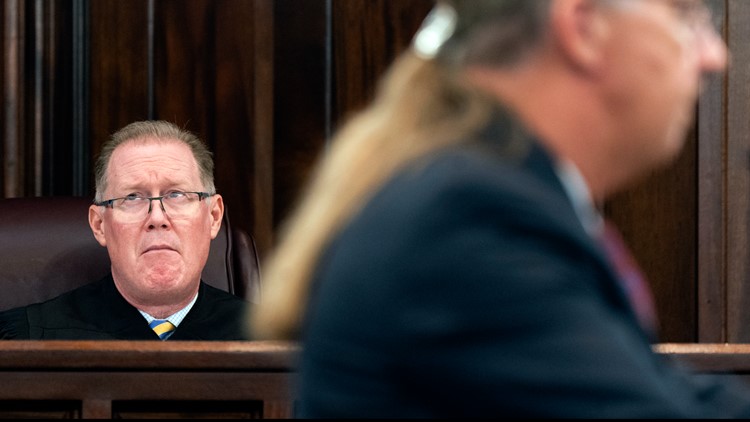 Familiarity, fear, and fixed opinions have made finding qualified jurors a challenge in the high-profile murder trial in Brunswick, Ga.

BRUNSWICK, Ga. — “Is it still going?” It’s a common question these days around Brunswick, Ga. from coffee shops to City Hall. Everyone wants to know when jury selection will end in the high-profile trial of three white men accused of murdering Ahmaud Arbery, a 25-year-old Black man, in February 2020.

After seven days of jury selection, just 42 people have been qualified as potential jurors – an average of 6 a day. Out of a total of 156 who’ve showed up for questioning, that’s a little over a third who’ve made it through.

The rest have been excluded for a variety of reasons, including hardship or intractable bias. In ordinary cases, knowing key players or details about a case is grounds for elimination. Not this time. Because the town is small and the case is huge, almost everyone knows something or someone. Most admit they’ve formed opinions about the defendants, usually negative ones. And many have said they fear reprisals if they are chosen to serve.

But that’s not a deal breaker. Only those who say they cannot change their minds and will not heed defense arguments are stricken for cause. The result is a pool that includes people who actively researched the case after receiving their jury summons, who say the defendants “are guilty of murder,” and even some who are moving out of Brunswick or getting married mid-trial.

Family members and supporters of Ahmaud Arbery have complained of the “snail’s pace” of the selection process. Jurors themselves, languishing for hours inside the historic Glynn County Courthouse, have been restless, too. “Long day,” noted one who’d spent a full day waiting in the jury assembly room before she was finally called into individual voir dire.

A total of 64 qualified jurors are needed before they can begin picking a jury of 12 and four alternates. Although Rubin and his co-counsel Jason Sheffield expressed optimism Wednesday that they might wrap up by week’s end, that seems unlikely at this point. To finish by Friday, they would need to qualify 22 jurors between Thursday and Friday – a number that well exceeds even their best day.

Once 64 are qualified, the process of winnowing the pool down to a final jury should not take much time. At that point, attorneys for both sides will make their preemptory strikes, eliminating jurors they do not want on the panel. Prosecutors get 12 strikes, and the defense team gets a total of 24 to divide among the three defendants.

Below are the daily totals of jurors who showed up for jury duty and the number qualified: