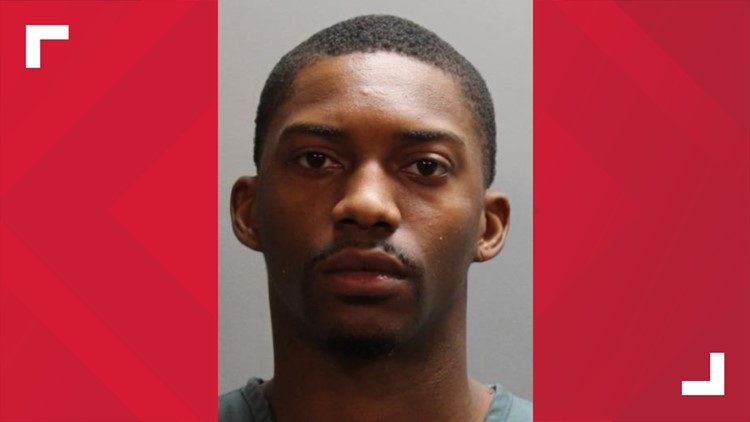 Jamal Collins, 25, is accused of recording two students with his cell phone in the boys lavatory at Riverside High School.

JACKSONVILLE, Fla. — A Jacksonville man on probation for video voyeurism in Leon County was arrested Friday on a similar charged, this time at a Duval County high school.

Jamal Collins, 25, is accused of recording two students with his cell phone in the boys lavatory at Riverside High School, 1200 McDuff Ave. N. on Sept. 9. The students – a male and a female – were in one of the stalls after school hours with their “respective sexual organs exposed,” a Duval County Sheriff’s Office arrest report states.

The students told police they saw the phone peering under the stall, the report states. The students alerted the person with the phone that they were aware of his presence and exited the stall as the suspect was running from the restroom.

Police looked at surveillance video and observed the two students walking into the lavatory. Moments later, the suspect walked in behind them. The video then showed the suspect running from the restroom.

Police spoke with a teacher at the school who identified the male running from the bathroom as Collins, the report states.

Collins was booked into Duval County jail on $35,000 bond and charged with video voyeurism – 19 years of age and older. Collins is on probation for video voyeurism/sexual battery in Leon County, the arrest report states.

While our review of the matter continues, we were appalled to learn that a volunteer apparently brought her son, now known to be a sex offender, to afterschool activities last month.

Upon learning of Mr. Collins’ background as a result of his arrest for the alleged incident, the volunteer who brought him to campus was disassociated from the school earlier this week.

It should be noted that the volunteer was associated with afterschool student activities under the direction of a teacher, who is a staff member of the school with responsibility for these afterschool activities.  The person who brought her son to the campus assisted the teacher as a volunteer instructor.

Because Mr. Collins was not officially associated with the program and was in attendance as a guest of his mother, the volunteer, there was no way for the school or the teacher in charge to know of Mr. Collins’ status as a sex offender at the time of the incident.