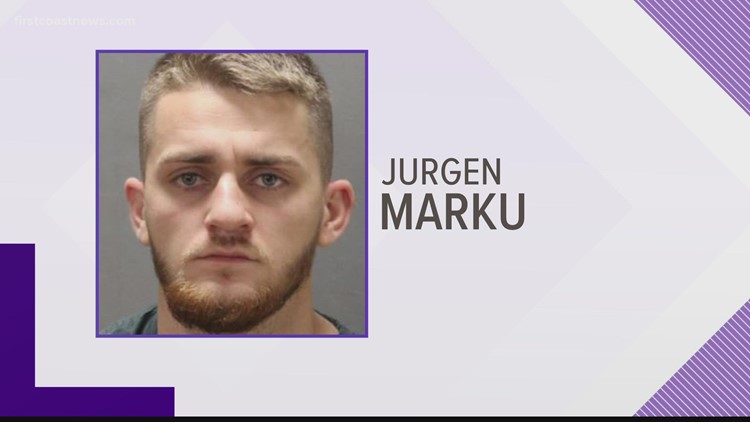 Jurgen Marku, 21, was arrested Tuesday. Investigators believe he planned the robbery that ended in the death of a 34-year-old man.

JACKSONVILLE, Fla. — A third suspect has been arrested in connection to the shooting death of a man at a Jacksonville apartment complex last February.

Jurgen Marku, 21, was arrested Tuesday. Investigators believe he planned the robbery that ended in the death of a 34-year-old man.

Marku is now charged with conspiracy to commit armed robbery and second-degree murder.

According to the Jacksonville Sheriff’s Office, Elias Alhirsh, Big Lou to family and friends, was visiting a friend at the Sugar Mill Apartments in Mandarin on Feb. 26, 2020, around 11:30 p.m.

As he was walking back to his car, police said two men approached him and a physical altercation occurred, which led to Alhirsh being shot several times.

The suspects left the scene in a dark-colored sedan.

When police arrived on the scene they found Alhirsh dead in the parking lot.

Two other men were arrested for their alleged role in the shooting in April.