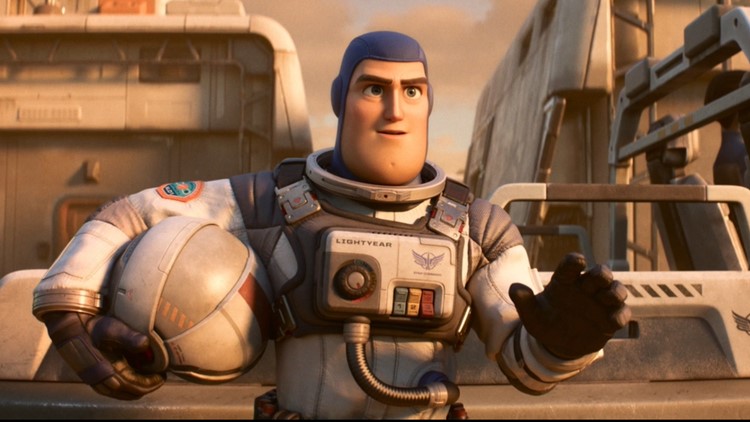 Chris Evans is Buzz Lightyear in a teaser trailer for the 2022 film. And no, Buzz isn’t a toy this time.

Buzz Lightyear is getting an origin story — and there won’t be a toy in sight.

Pixar released a new teaser trailer for the film Wednesday, giving fans a first glimpse at the sci-fi tale. This time, though, it’s not about the iconic “Toy Story” character voiced by Tim Allen. As actor Chris Evans puts it, the June 2022 film is “the origin story of the human Buzz Lightyear.”

Evans is best known for his role as Captain America in the Marvel Cinematic Universe. He shared the trailer on Twitter after its official reveal on Good Morning America.

Conversation — and a bit of confusion — about the film started when it was first announced in 2020. Evans clarified that “Lightyear” will tell the story of a human character who inspired the “Toy Story” toy.

“Animated movie were an enormous part of my childhood,” Evans wrote. “They were my escape. My adventures. My dreams.”

I’m covered in goosebumps. And will be every time I watch this trailer. Or hear a Bowie song. Or have any thought whatsoever between now and July cause nothing has ever made me feel more joy and gratitude than knowing I’m a part of this and it’s basically always on my mind
💙🚀💫 pic.twitter.com/bq5573GcrM

So what will the human Buzz Lightyear face in the new movie? Few details are available, but director Angus MacLane revealed to Good Morning America that the movie will be both serious and funny, but never “goofy.”

RELATED: Nicole Kidman transforms into Lucille Ball for ‘Being the Ricardos’ teaser

While the first glimpse of the movie from the teaser trailer doesn’t tell us much, it reveals one key detail: The human Buzz Lightyear has a full head of hair under the purple hood on the “Toy Story” character. Some fans on social media weren’t sure what to make of that fact, including ComicBook.com director James Viscardi.

Buzz Lightyear has hair and I don’t know how to feel. pic.twitter.com/jbmzwiQKvI

“Buzz Lightyear has hair and I don’t know how to feel,” Viscardi wrote on Twitter.

RELATED: With a gay protagonist, Pixar short ‘Out’ makes history