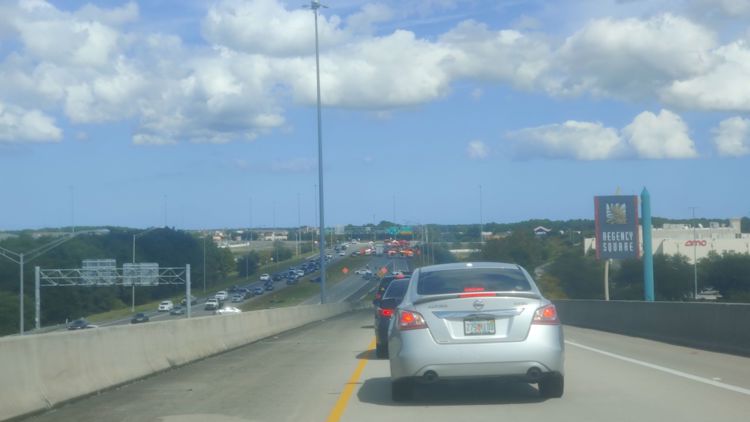 JACKSONVILLE, Fla. — Multiple people are injured after a two-vehicle crash on the Southside Connector at Regency Square Boulevard Wednesday afternoon.

Crews with the Jacksonville Fire and Rescue Department rescued two people who were trapped in the vehicles and transported them to the hospital with serious injuries.

The crash is currently causing a major traffic backup on the Southside Connector near Regency Square Blvd.

Drivers can expect delays and are urged to use caution as the road remains blocked.

Crews are responding to a traffic accident on the Southside connector at Regency Square Boulevard….E30 is on scene advising two people are trapped