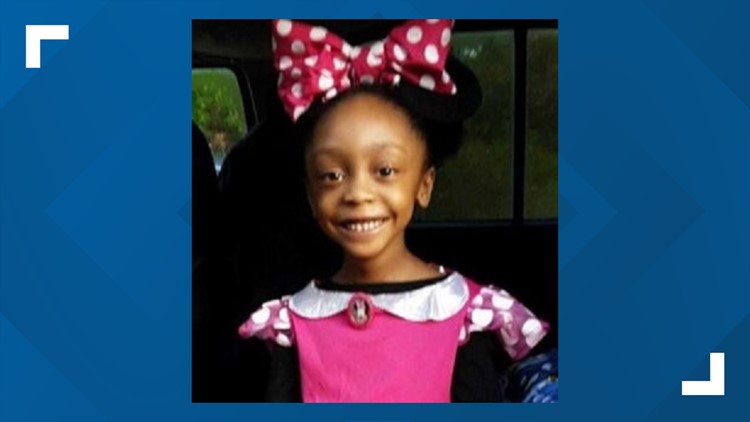 Purkanah Yisrael Mayo will be sent to a mental health facility when a bed is available. She must stay there for at least six months.

JACKSONVILLE, Fla. — The 37-year-old mother who stabbed herself with the same kitchen knife that ended her 6-year-old daughter’s life has been found not guilty by reason of insanity, according to Duval County court records.

The court documents detail what happened when Purkanah Yisrael Mayo unexpectedly visited the home on New Haven Drive and was allowed to spend the night, despite losing parental rights of the child because of a mental illness. After not showing any alarming behavior signs, things soon went terribly violent the next afternoon Aug. 19, 2020. The young child, Atarah Yisrael, was stabbed multiple times, as was her mother.

Mayo will be sent to a mental health facility when a bed is available. She must stay there for at least six months under the order handed down by Circuit Court Judge Meredith Charbula last month. She remains in jail without bail right now, and her case is to be reviewed on March 22, 2022, by the judge, according to court records.

She was charged with second-degree murder.

What happened before Atarah Yisrael’s death

The Sheriff’s Office at the time said four other people were at the home during the attack, one of those another child. Their names and relationships were not provided. Follow-up court records said Mayo went to the home unannounced on Aug. 18, telling someone there that she wasn’t feeling well. The next morning the residents awakened to find her cooking breakfast for herself and Atarah.

One of the people in the home spoke with Mayo about getting back “into a more structured mental health program,” and the woman was receptive to the idea, the new report said. As the day went on, Mayo “never exhibited any odd behavior and was acting normal,” the report said.

About noon a witness told Mayo she wanted to take her home before it rained and was getting ready when she heard a yell, the report said. The witness ran to a front room and saw Atarah bleeding on a bed and called police.

A man who was visiting also heard the girl scream from a front room, then saw Mayo stabbing herself in the chest with the knife, the report said. The man grabbed the knife from Mayo and restrained her as he yelled for help since “there was blood everywhere,” the report said.

“You all must care more for her than you do me,” Mayo said as she was being restrained, the report said.

The man went to help Atarah, seeing she was gasping for breath, the report said. The final autopsy said the girl suffered five stab wounds to her chest and stomach, along with cuts on her right hand as she tried to fight off her mother.

Mayo had stabbed herself in the chest nine times, puncturing both of her lungs. One witness also told investigators she was on medication but doesn’t take it like she is prescribed. Another said Mayo has “mental issues and needed help,” the report said.

The child-services agency indicated it had prior involvement with the girl in the last five years but did not specify what.

The department’s child fatality records for 2020 show 38 children died in Duval County, six by natural causes, 11 from SIDS, and one each from drowning, accidental or inflicted trauma, the last one Atarah.

So far this year, state records show 30 children younger than 16 died in Duval, two from inflicted trauma and six more under investigation. Those include the Oct. 7 death of a 6-year-old child after she sustained what appeared to be an accidental self-inflicted gunshot wound to the head while she was playing with the mother’s weapon, the state said.

You can read more about this story from our partners at the Florida Times-Union.