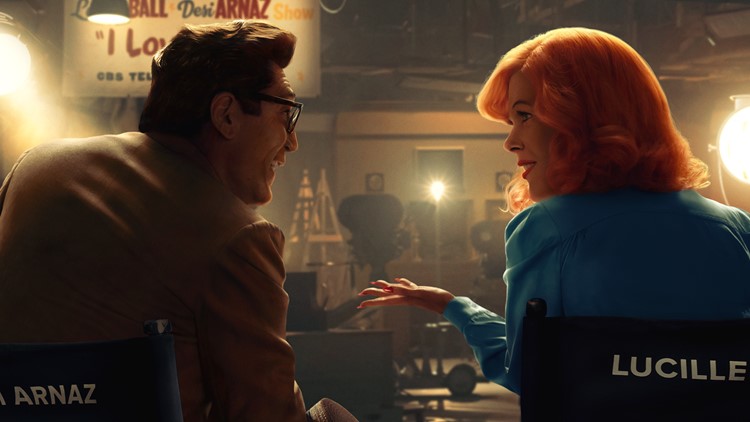 The actress impressively nails the accent and expressions of the TV icon in Aaron Sorkin’s biopic about one production week on “I Love Lucy.”

WASHINGTON — Fans of “I Love Lucy” are getting their first glimpse at Nicole Kidman’s portrayal of the iconic Lucille Ball.

While the teaser trailer for Aaron Sorkin’s new biopic “Being the Ricardos” is voiced by Kidman, it only briefly shows her on-screen as the TV icon.

The movie follows the couple during a production week on the set of “I Love Lucy” in September 1952. While trying to get the week’s episode ready to go, both Ball and Arnaz deal with major issues off-screen.

While Sorkin directed and wrote the film, Lucie Arnaz, Ball and Arnaz’s daughter, was directly involved with the movie, according to EW.

Kidman’s casting as Ball led to rampant skepticism before and during production about whether the actress could pull off the role. But during the brief moment that we fully glimpse Kidman on-screen in the teaser trailer, she appears to have pulled off the role seamlessly, including the TV icon’s recognizable New York state accent.

“I Love Lucy” premiered on October 15, 1951, airing Monday nights at 9 p.m. Eastern. The show ran for a total of 181 shows, including its pilot episode and a Christmas special, according to the Lucy and Desi Museum.