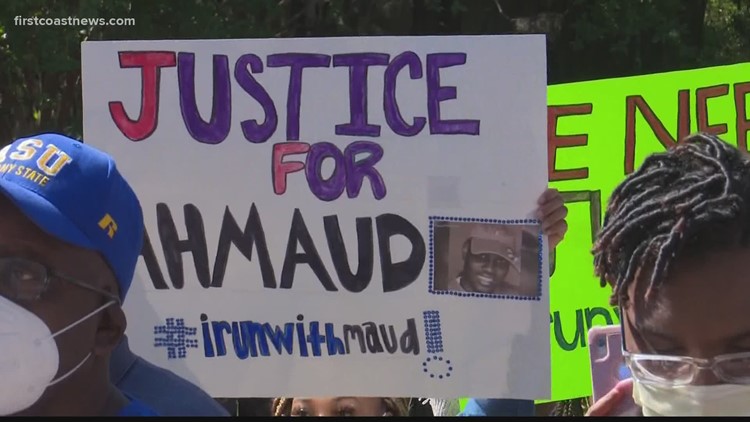 Glynn and Brunswick officials have established a unified command to respond to the murder trial. They have been meeting since July to plan.

GLYNN COUNTY, Ga. — Starting Monday, the little coastal town of Brunswick will be thrown into the national spotlight, as the weeks long trial into the death of Ahmaud Arbery is set to start on Monday with jury selection.

There are preparations underway not just for what will happen in the courtroom, but also outside and around town.

Arbery, 25, was shot to death while jogging in the Satilla Shores neighborhood in Brunswick. Father and son Gregory McMichael and Travis McMichael armed themselves and ran after Arbery later telling police they believed he was breaking into homes. The McMichaels’ neighbor, William “Roddie” Bryan, filmed the killing. Bryan’s cellphone video captured Travis McMichael shooting Arbery as he threw punches and grabbed for Travis McMichael’s shotgun.

Glynn County and Brunswick officials have established a unified command to respond to the murder trial. They have been meeting since July to plan, and held a town hall meeting Thursday to address any concerns community members had.

After the video of Arbery’s brutal death surfaced in May 2020, people in Glynn County took to the streets to protest.

“We are asking for that same, continued peaceful assembly of our community members and our visitors,” Brunswick Mayor Cornell Harvey said. “As we unite, we must never forget how and why we gather. Everyone’s hope is that justice will prevail.”

In fact, Harvey says he wants people to use their right to peacefully demonstrate during the weeks of the trial.

Glynn Unified Command is planning to have “as little of a law enforcement footprint as possible” – using only local first responders and local mutual aid, unless a situation gets out of hand.

Glynn County Commissioner Chair Wayne Neal says they have prepared numerous measures that will “cost a lot of money”, but it’s all to ensure public safety.

“We want justice for the people who did this to Ahmaud. That’s all I’m asking for,” Arbery’s aunt Diane Jackson said.

Jackson attended the town hall to let officials know that the family intends to continue marching peacefully and encourages visitors to do the same.

“We don’t want anyone coming here tearing up where we got to live at. If you got to do that, don’t even come,” she explained. “Because it’s about praying now for the family. Helping us to be strong.“

At this time, officials say two permits have been filed by local groups for demonstrations this weekend, but they expect more to come in over the next month.

RELATED: Timeline in shooting death of Ahmaud Arbery, what you should know about trial of accused killers