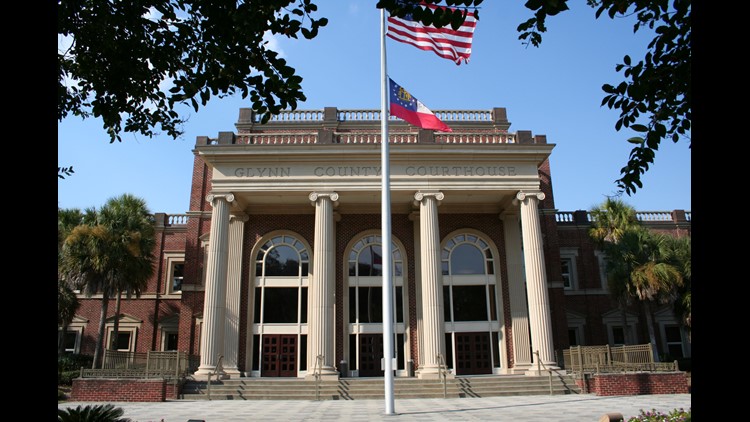 Two new motions have been filed by media, including First Coast News, opposing a judge’s gag order and a courtroom ban on media during jury selection.

BRUNSWICK, Ga. — *The above video was originally published in April 2020.

Just days before the high-profile trial of three men accused of murdering Ahmaud Arbery gets underway, concerns about limits on media access continue to surface.

Two new motions have been filed in the case of the state of Georgia vs. Travis and Greg McMichael and William “Roddie” Bryan – one by TEGNA, the parent company of First Coast News and two sister stations in Georgia, the other by a media collective that includes the Atlanta Journal Constitution and the AP.

The first motion asks the judge to vacate his earlier gag order, which limits what lawyers for both sides can say to the media. The judge issued the order saying that earlier comments of both defense and prosecutors were “highly prejudicial” and that “without some restraint on the attorneys, there is a substantial likelihood that the Defendants may be denied a fair trial.”

The new motion says the judge’s assumptions were insufficient to support a prior restraint on free speech, and that the gag order is “presumptively unconstitutional.”

The second motion asks for at least some representative media access in the actual courtroom where jury selection will occur. The judge’s “Order Governing Conduct” during the trial does not directly address where the media will be allowed during jury selection, but information distributed by the Glynn County Sheriff says, “Media will not be allowed inside the courtrooms where jury selection and trial proceedings will take place.”

Jury selection is typically open to the media, though it is often limited to pooling based on space limits or social distancing requirements. (Photographing or identifying jurors in any way is always prohibited.)

The second motion also asks that media be allowed to bring laptops and cell phones into the courtroom for non-recording purposes. Those electronic devices, which have been permitted at all prior hearings in the case, are also prohibited by the Sheriff’s directive issued this week.