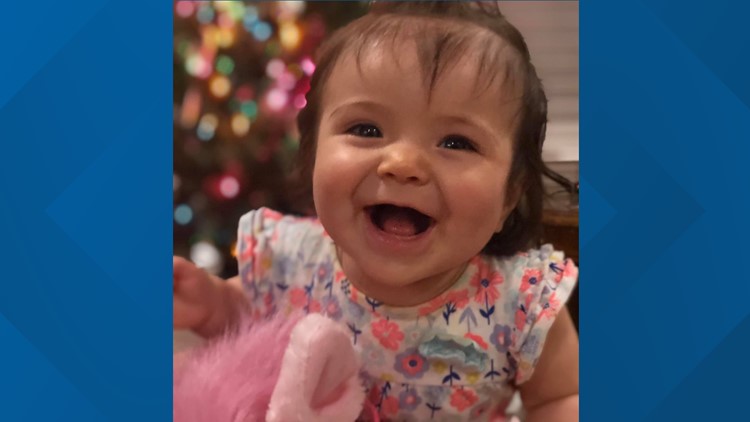 Randy Teal got behind the wheel after drinking at a Jacksonville Jaguars game in 2018. He personally apologized to the family in court Thursday.

CLAY COUNTY, Fla. — A family can finally start the healing process after their daughter Sophie Grace was killed by a drunk driver.

Grace was six-months-old when she died in December of 2018. The driver, Randy Teal, got behind the wheel after drinking at a Jacksonville Jaguars game.

He was driving nearly 60 miles per hour when he hit a car sitting at a red light. Grace was in the backseat of the vehicle.

Grace’s family and the state asked Judge Michael Sharrit to give Teal the maximum sentence of 28 years in prison. Teal’s family asked for mercy.

His father, Randy Teal Sr. asked Grace’s family to give his son a second chance because this was his first offense. For at least an hour, the judge heard from both sides of the plaintiff’s family and the defense.

Judge Michael Sharrit sentenced him to 14 years. To the judge, Teal showed remorse and regret for his actions. He personally apologized to the family.

“I am truly from the bottom of my heart, apologize,” Teal read his letter to Grace’s family. “I am sorry…As many times as I can [say I’m] sorry and I apologize, nothing can take away the pain that you have been going through.”

Rebecca Friesenhahn, Grace’s grandmother, flew from El Paso, Texas to attend the sentencing. When asked about Teal’s apology, she said in her mind it felt as if it was heartfelt.

“But I feel like forgiveness for him and accepting his apology will come later,” Friensenhahn added. “It’s been such as hard day. I’m numb. I don’t have any emotion left in me.”

First Coast News reached out to Teal’s family for comment. They respectfully declined to say anything.