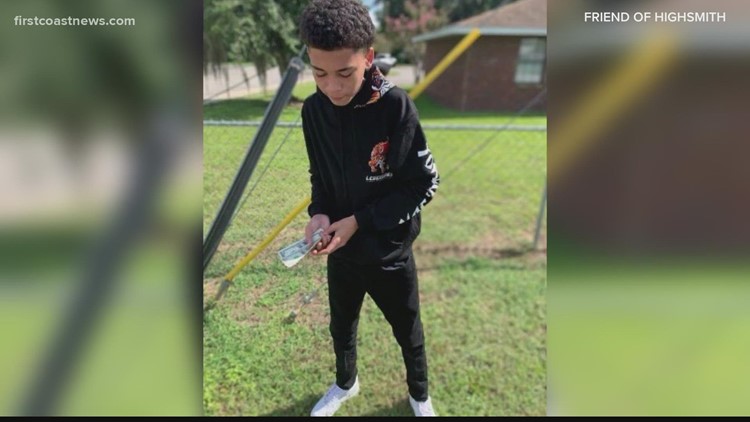 Nevaeh Highsmith’s funeral will be held Sunday at 2 p.m. at Hopeful Baptist Church in Lake City.

LAKE CITY, Fla. — (Note: The video above is from a previous report.)

Funeral arrangements have been announced for a 15-year-old boy that lost his life following a crash in Columbia County last week.

Nevaeh Highsmith died on Oct. 7. Another 15-year-old was behind the wheel driving south on SW Tustenuggee Avenue near the intersection of SW Minnie Glen around 10:40 p.m. when he drove off the road, hit a tree and flipped the car several times, according to the Florida Highway Patrol report.

When the car hit the tree, it overturned multiple times and then came to a final rest in an upright position on the west shoulder. Highsmith was ejected from the car and was pronounced dead at the scene, the report says.

The four other teens in the vehicle were taken to the hospital for their injuries.

Highsmith’s funeral will be held Sunday at 2 p.m. at Hopeful Baptist Church in Lake City, located at 289 SE Hopeful Drive.

Family members have created a GoFundMe to help pay for funeral expenses.