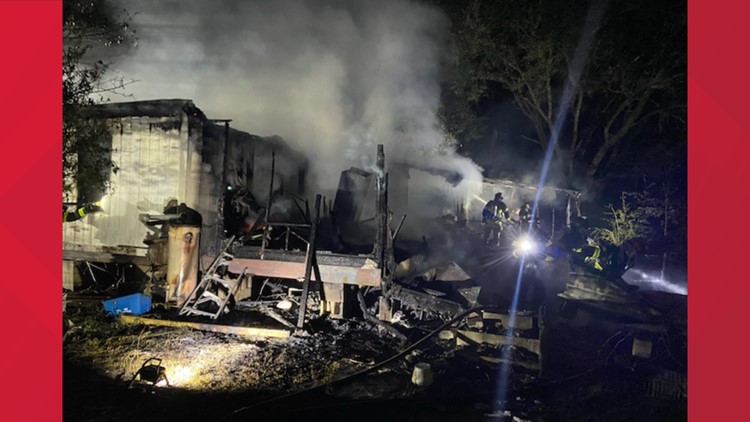 When crews first arrived on scene, heavy smoke and flames made it impossible to do a search. When they got it under control, crews found two people dead in the home.

Shortly after 2:30 a.m., Clay County Fire Rescue tweeted that the first unit to arrive to a single-wide mobile home fire on Kristi Drive in Doctors Inlet found heavy smoke and fire that made it impossible to conduct a search. Firefighters suppressed the fire, and after an investigation they found two people dead.

The State Fire Marshal is now investigating to determine the cause of that fire.

The second fire took place at a mobile home off Mandrake Street. Around 2:10 a.m., Clay County Fire Rescue tweeted that there were live power lines down at the scene when fire crews first arrived, and one patient was transported to the hospital with minor burn injuries.

As of 2:45 a.m., crews had the fire knocked down and power lines secured, the fire department said on its Twitter page.