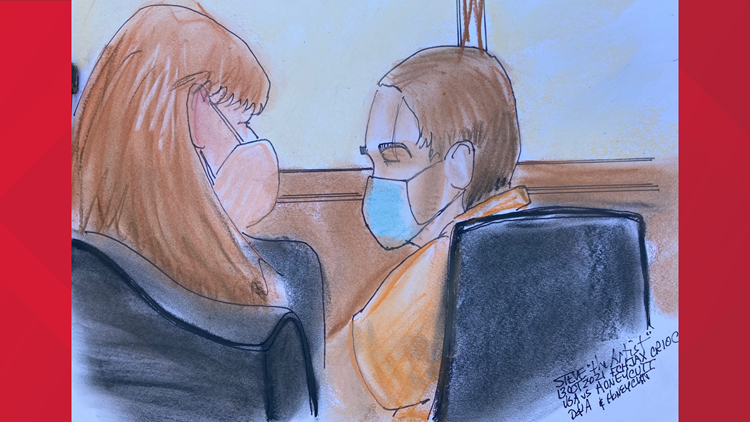 Adam Honeycutt, 39, was indicted on a charge that he illegally owned guns due to his regular pot-smoking habit. He pleaded guilty to that charge in June.

JACKSONVILLE, Fla. — An Orange Park man accused in the Captiol riot in Washington D.C. in January was sentenced Wednesday on federal weapons charges.

Adam Honeycutt, 39, was sentenced to 18 months in prison, after which he will have supervised release for a year. He will also be required to take a substance abuse program and adhere to random drug testing, a judge ordered in a Jacksonville federal courtroom Wednesday morning.

Honeycutt was indicted on a charge that he illegally owned guns due to his regular pot-smoking habit. He pleaded guilty to that charge in June.

His charges related to the riot, including knowingly entering a restricted building and violent entry and disorderly conduct on Capitol grounds, are still pending in Washington.

The firearms indictment said FBI agents found four handguns, three rifles and 5,000 rounds of ammunition in his home when they were there to arrest him on misdemeanor charges involving the riot. He also volunteered that he had been smoking pot since he was a young boy and that the marijuana found in his home’s garage was his, according to prosecutors.

The indictment cited a federal law banning gun ownership by anyone who “is an unlawful user of or addicted to any controlled substance” if the gun crosses state or national borders or is connected to interstate or foreign commerce.

The charge carried a maximum sentence of 10 years in prison. He asked the judge to be lenient, because he has been jailed since his February arrest and wants to get back home to his wife and kids.

The maximum sentences for the riot-related misdemeanor charges total 18 months. One police officer and four civilians were killed in the chaos when supporters of former President Donald Trump entered the Capitol building while Congress was in the process of certifying the 2020 presidential election results. Three officers have since died by suicide.