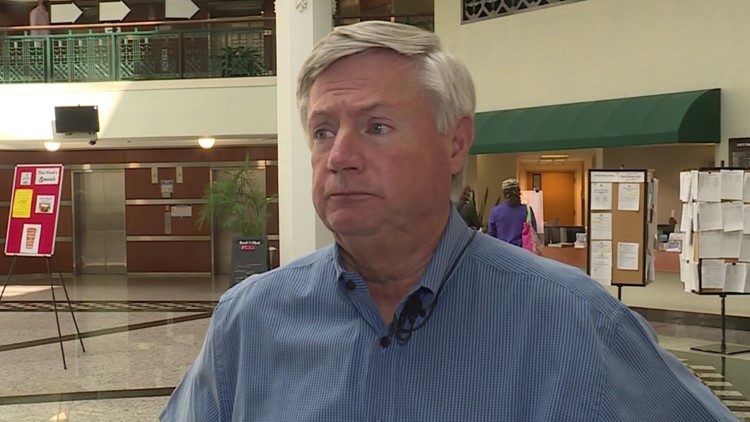 Carlucci is hosting a meeting at 1:30 p.m. in the Lynwood Roberts Room at City Hall to talk about how to spend $4.6 million in federal American Rescue Plan money.

JACKSONVILLE, Fla. — Jacksonville City Councilmember Matt Carlucci is giving fellow councilmembers a chance to weigh in on concerns about how certain grants are being handled in City Hall.

Carlucci is hosting a sunshine meeting at 1:30 p.m. in the Lynwood Roberts Room at City Hall to talk about how to spend $4.6 million in federal American Rescue Plan money.

Initially, the plan was to divide the monies among councilmembers equally, a plan that was set for a vote Tuesday night. Now, Carlucci wants the vote delayed.

“These are dollars we don’t normally get, and we don’t really have a process in place on how to vet and review these,” Carlucci told First Coast News Monday. “We already passed $1.9 million. But this is $4.6 million, and I just feel we don’t need to vote on this as an emergency. We need to pump the brakes a little bit and find a way that this can be reviewed by different eyes than just the council such as public services grants.”

Carlucci says he wants the legislation to go through the committee process so that the public can have input. He also wants to be sure the money is going to organizations that can help stabilize and sustain our community during the pandemic.

The meeting will be livestreamed on the City Council meetings site here.