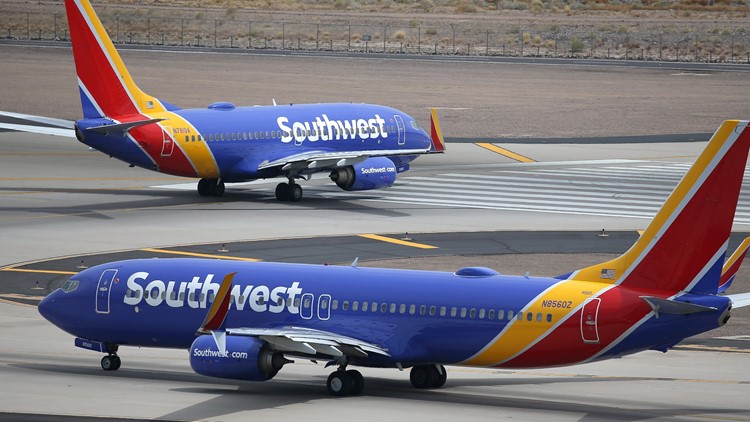 JACKSONVILLE, Fla. — Passengers flying to and from Jacksonville International Airport during the weekend faced flight cancellations and delays amid widely circulating rumors on social media of a sickout or a walkout of air traffic controllers at the Traffic Control Center in Hillard.

The Federal Aviation Administration denied the rumors — sort of — in a Sunday afternoon statement.

“No FAA air traffic staffing shortages have been reported since Friday. Flight delays and cancellations occurred for a few hours Friday afternoon due to widespread severe weather, military training and limited staffing in one area of the Jacksonville Air Route Traffic Control Center,” the FAA said. “Some airlines continue to experience scheduling challenges due to aircraft and crews being out of place. Please contact the airlines for details about current flight schedules.”

No FAA air traffic staffing shortages have been reported since Friday.

A man who answered the phone at the duty watch desk for the Hilliard air traffic control center said, “We’re pretty busy” but declined to say more or give his name to The Times-Union. He did provide a phone number to FAA customer service.

As of 2 p.m. Sunday, a total of five Southwest flights and one United flight had been canceled locally, the JIA website showed.

The FAA canceled the flights not JIA, Stewart emphasized.

“The ones [cancellations] that showed up on Saturday they said were because of crew hours,” said Stewart, noting airline flight crews are mandated to rest after so many hours on duty.

Southwest Airlines led the flight cancellations in Jacksonville on Saturday with seven followed by two American Airlines flights and one Delta Airlines, according to JIA flight records.

No reason was listed for the two American flight cancellations, but the other airlines all listed “crew” as the reason, the records showed.

As of 7:45 a.m. Sunday, 27 percent of Southwest flights nationwide were either delayed or canceled according to FlightAware data, Times-Union news partner First Coast News reported.

ATC issues and disruptive weather have resulted in a high volume of cancellations throughout the weekend while we work to recover our operation. We appreciate your patience as we accommodate affected Customers, and Customer Service wait times are longer than usual. (1/2) pic.twitter.com/o1scQJ5lLb

Stranded passengers were struggling with a second day of mass cancellations by Southwest, the nation’s largest domestic airline, USA Today reported. Southwest canceled 1,018 Sunday flights across the country as of 2 p.m. Eastern Standard Time and 808 Saturday, or nearly one in four flights, according to flight tracker FlightAware.

Sunday’s numbers were 28 percent of the airline’s scheduled flights and the highest of any U.S. airline by a wide margin, according to USA Today.

Southwest was optimistic the situation would be better on Sunday, according to a statement it issued Saturday.

“We experienced significant impact in the Florida airports yesterday [Friday] evening after an FAA-imposed air traffic management program was implemented due to weather and resulted in a large number of cancellations,” Southwest said. “We are working hard behind the scenes to minimize challenges and fully recover the operation as we take care of displaced crews and customers as quickly as possible. We will continue to reset our network today and hope to return to close to normal operations as we move into Sunday.”

The U.S. airports with the heaviest flight cancellations for departures and arrivals Sunday are all big Southwest “hubs,” even if the airline doesn’t refer to them as such call them hubs: Denver, Baltimore, Dallas Love Field, Las Vegas and Chicago Midway.

Click here to read more from the Florida Times-Union.