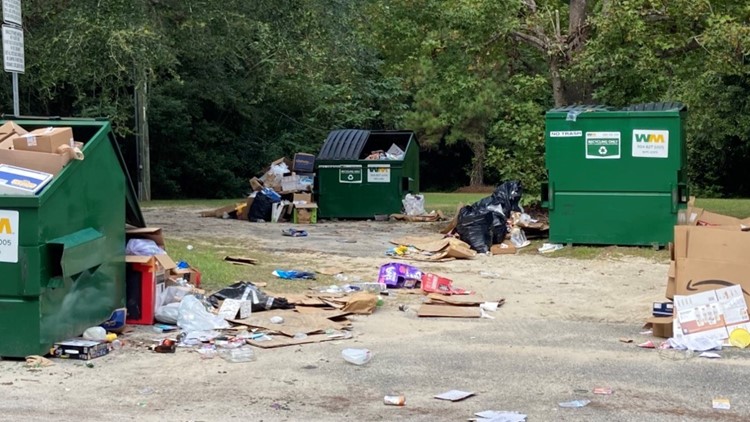 On Monday, photos surfaced of the recycling bins at the park overflowing at Earl Johnson Park in the Pine Forest area.

JACKSONVILLE, Fla. — Some of the city’s recycling sites are overflowing with items just one week after the City of Jacksonville suspended curbside recycling collections.

Recycling is still an option, Northeast Floridians just have to drop off their items at one of 14 sites in the city.

One of those sites is Earl Johnson Park in the Pine Forest area.

On Monday, photos surfaced of the recycling bins at the park overflowing with items and boxes.

To Brynn Langrange, he wants to know how long are these temporary recycling changes supposed to last.  He previously told First Coast News that he’s concerned people will abuse the drop-off sites for garbage.

“When that begins to happen, you’ve mixed it up. It defeats the purpose,” Langrange explained. “Not only don’t want to see, it doesn’t need to be around here.”

Jacksonville residents are asked to not leave the items in plastic bags. The city is expected to drop off the items at the Material Recycling Facility.