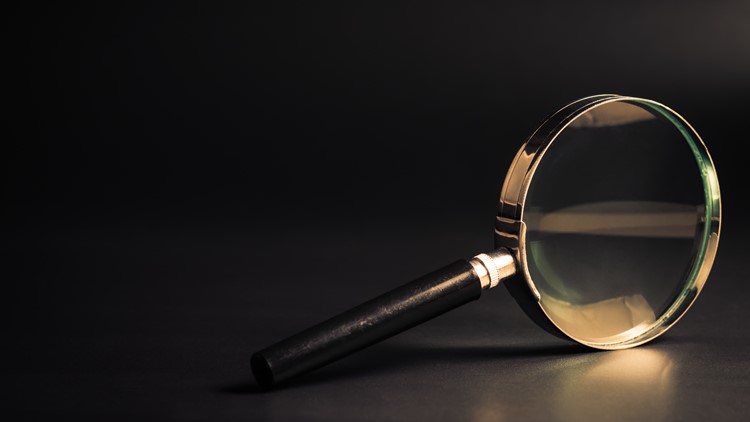 True crime has infiltrated every aspect of media in recent years. But, humans have long been interested in the evil that exists within our very own communities.

PENNSYLVANIA, USA — Editor’s note: The above video is from Sept. 26.

True crime has infiltrated every aspect of media in recent years. Podcasts like Crime Junkie have millions of followers on Spotify.

In the last few years, Ted Bundy’s crimes have somehow become even more infamous as Netflix has released both Conversations with a Killer: The Ted Bundy Tapes, a documentary detailing how he did what he did for so long, as well as Extremely Wicked, Shockingly Evil and Vile, a more theatrical version of his crimes, starring Zac Efron.

There’s even a YouTube channel, “Murder, Mystery, and Makeup,” where host Bailey Sarian expertly shows how to apply winged eyeliner while simultaneously detailing the horrific crimes of some of America’s most notorious criminals.

But, humans have long been interested in the evil that exists within our very own communities. FOX43 spoke with several experts about why this is, and what determines the kinds of stories we pay attention to.

Why are people so fascinated with true crime?

“I think people are pre-programmed to pay attention to the things that could hurt us,” she said. “Interest in crime, and that which is dangerous, is basically natural because if we attend to these things, we can ensure our survival.”

Although this is one of the reasons why Dr. Harrison believes humans pay attention to true crime stories, she doesn’t believe we do it consciously. It’s innate, like most evolutionary urges. As she pointed out, humans have always survived because they have paid attention to and avoided the things that could hurt them. This is called “protective vigilance,” a term in psychology that basically means looking out for oneself.

“This is not something that’s new,” he said. “It didn’t start with Ted Bundy. This began 30,000 years ago.” Mantell referenced cave paintings depicting people killing each other with arrows, forever immortalizing a “true crime” in stone.

He also said that learning the details of heinous crimes somehow makes us feel secure and safe.

“We have a chance to bathe ourselves in adrenaline,” he said. “Yet, we feel safe and secure because we get to explore it (what being a victim of a crime feels like) without having to deal with it.”

And interest in true crime is nothing new.

Dr. Paul Mattiuzzi is a clinical and criminal forensic psychologist in Sacramento, California. He has testified in over 100 trials over the course of his career. He referenced the story of Cain and Abel in the Bible, calling it in some ways, “the first true crime story” and going as far as saying Cain is the “archetype for the sociopath.”

For those who need a refresher, the Bible depicts brothers Cain, a farmer, and Abel, a shepherd, who made sacrifices to God.

The Bible reads that God favored Abel’s sacrifice, causing Cain to then in turn murder his brother. God then punished Cain by condemning him to a life of wandering.

Dr. Scott Bonn, criminologist and author of Why We Love Serial Killers, among other works, chronicled the different ways interest in true crime manifested itself in each decade of the past century. The 30s, 40s, and 50s were all about tabloids like True Detective, which told non-fiction crime stories and gave rise to the genre. The scantily clad women on the covers certainly helped push interest, as well.

Fast forward to the 80s and 90s, and suddenly court television was the big thing. The creation of shows like America’s Most Wanted, and the pervasiveness and worldwide uproar surrounding the O.J. Simpson trial served to show that the public’s interest in true crime wasn’t going anywhere.

Dr. Mantell says that this human interest also stems from subconsciously wanting to figure out what happened.

“We also have this fascination with playing detective,” he said. “We like to solve crimes. I think there’s this magnetic pull to that as well.”

What was it about the Gabby Petito case?

In the past six weeks, the case of Gabby Petito’s disappearance and subsequent murder, has dominated the news cycle across the country.

In June 2021, Gabby Petito and her fiancé Brian Laundrie embarked on a cross-country trip in their van, an experience the couple—primarily Petito—documented on YouTube and her other social media accounts.

By the time September rolled around, Laundrie returned to he and Petito’s North Port, Florida home without his fiancée. Petito was reported missing on Sept. 11 by her family who live in New York, and by Sept. 19, Petito’s remains were found in Teton County, Wyoming. The police are continuing to search for Laundrie, who has not been seen since before Petito’s body was found. There is a warrant out for his arrest.

Though tragic, the Petito case does beg the question: what was so special about her?

All four interviewees shared their thoughts on this, and overwhelmingly, the reasons in their opinions, were that Petito was young, attractive, and blonde.

Dr. Scott Bonn said that there’s another reason people cared and continue to care about Gabby Petito and her case: she was white.

He compared her to the likes of Natalee Holloway, Chandra Levy, JonBenét Ramsey, and Laci Peterson—all young, attractive white girls and women whose disappearances, and in some cases, murders, captured the wide public’s attention. He also said that white women tend to be seen as more innocent.

So, why didn’t any of these cases get the same level of media attention as Petito’s case?

It’s because of something called “Missing White Woman Syndrome,” according to Dr. Bonn. This is the theory that when a victim is a white woman, people care more and the media pays more attention to them, according to the Northwestern Law Journal of Criminal Law and Criminology.

Dr. Bonn went on: “It’s a tragedy what happened to Gabby, but if she was a woman of color, or a man, we probably wouldn’t have even heard about it.”

Why you shouldn’t feel guilty about your true crime interest

Although interest in true crime is not new, nor is it as taboo as it was once considered, many might feel guilty about taking such interest in learning about other people’s pain.

Dr. Harrison says that being interested in true crime is nothing to be guilty about. She says that listening to these podcasts, watching these documentaries, and reading these books, stems from the psychological concept known as “morbid curiosity.”

According to Psychology Today, morbid curiosity is when we think to ourselves, “I don’t want to look, but I have to!”

Imagine you pass a horrific car crash where someone surely died, and you know the scene is going to be graphic, but you can’t help but look out your car window. The same applies to interest in true crime.

“Morbid curiosity…is fueled by protective vigilance,” she said. In other words, we instinctively feel we “have to look” to gain a better understanding of what to do to avoid personal harm.

So in summary, interest in true crime is normal, and has always been. It’s innate, an inherent part of the evolution of humans. There’s just a lot more media to consume about it now. And when it comes to the kinds of stories people pay attention to, they are affected by the society around them, just like everyone else.