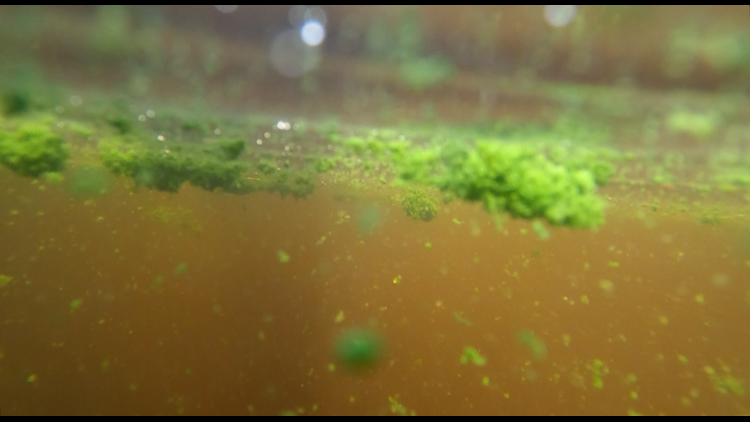 Levels are 300 times higher than the safe level for recreation, according to the St. Johns Riverkeeper.

That’s the result of the latest testing of algae samples from the St. Johns River around Jacksonville.

In some cases, the toxin level was 300 times more than what is safe for swimming and recreation, according to the St. Johns Riverkeeper organization.

The sample results, collected by the St. Johns Riverkeeper, differ from the results of the samples taken by the state Department of Environmental Protection.

The St. Johns Riverkeeper says its numbers are higher because its samples are from the water surface where more people encounter the water.

“I grew up on the St. Johns River,” Simmons said. “Blooms are natural. But we never had the annual bloom like we have now. Since 2005, this has been an annual occurrence.”

She said the algae bloom this year is worse than others.

“It’s going gangbusters in Riverside and Avondale,” she noted.

Simmons dipped a device into the water near the Arlington Marina to test the algae level.   “Now I’m at 70,” she read the display screen on the device. She said the level is supposed to be at 5.4.

Water samples were collected by the St. Johns Riverkeeper around Jacksonville.

Boaters told First Coast News the algae bloom on the river was worse about a week ago.

“They can produce toxins,” Simmons explained,” both a nerve toxin and a liver toxin. Sometimes they’re producing toxins even though we’re not seeing them.”

Simmons said the blue-green algae affects birds’ ability to see into the water to hunt for fish, and it can kill seagrasses that animals such as manatees feed on.  And watch your dogs.

“They can go in and get covered in the algae,” Simmons explained.” They come out, and they tend to lick their fur. Because they’re smaller, the dogs can die within a matter of hours from the toxins.”

Culprits of the blue-green gunk are fertilizer run-off from yards, failing septic tanks, and bio-solids used on farmland, all things humans can control.