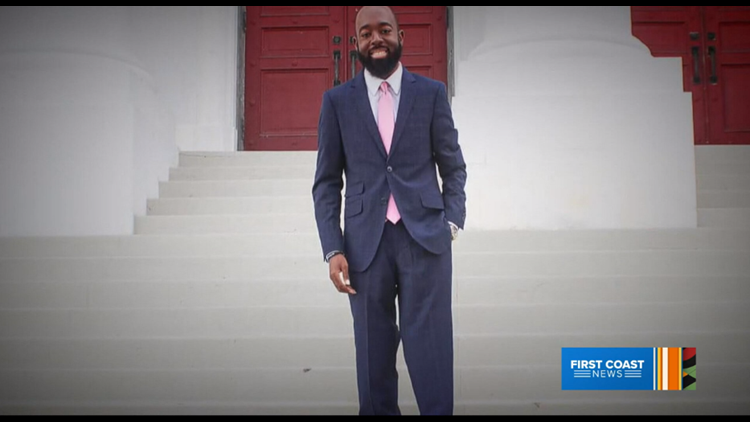 DJ Martin was an advocate for awareness and reducing the cost of some of the medication used to treat the disease.

JACKSONVILLE, Fla — Sickle cell is a disease that affects millions of people throughout the world, but the exact number of people living with the disease in the United States is unknown.

“Living with Sickle Cell is very painful at times,” said Kenneth Jerido. “The weather can affect me. I have days when I am in pain and I have to go to the hospital”

Jerido, 30, has lived with the disease all of his life, he calls himself a Sickle Cell Warrior.

Jerido said at the age of 15 he died twice but God brought him back to fulfill his mission of creating awareness.

Whenever he speaks about his journey he gets very emotional.

“Not too many people know about it,” said Jerido. “They think it just extends to African Americans, and I am emotional now because September is Sickle Cell Awareness Month and DJ was supposed to be with me.”

DJ Martin was a close friend. In elementary school, they both learned they had the disease.

Martin was an advocate for awareness and reducing the cost of some of the medication used to treat the disease.

“We grew up as kids. We both had a goal,” said Jerido.

For a moment he briefly described how this disease of the blood affects his body, it is called being in crisis.

“When you have a crisis there is so much agony, some parts of my body are throbbing,” said Jerido, “It hurts.”

In someone who has SCD, the red blood cells become hard and sticky and look like a C-shaped farm tool called a “sickle.”

The blood cells are not round and normal and the sickle cells die early, which causes a constant shortage of red blood cells.

Rashell Booker, 36, is another sickle cell warrior we met

Booker is also on a mission to increase awareness about this disease that silently destroys the body.

“You can get depressed,” she said, “you deal with constantly having to go in and out of the hospital.”

She said she has learned how to minimize her moments of crisis by following a strict diet of fruits, vegetables, leafy foods and beans.

“I have had to learn that it is important you eat the right foods to minimize the crisis,” she said.

The crisis as Jerido described are those moments of excruciating pain.

Earlier this year her cousin, who was also living with sickle cell, passed away.

It has become a reminder that the disease she is living with can also take her life. But she says she lives every day with hope and with joy.

“You live your moments and you learn to love and cherish those moments,” said Booker. “You never know when you will those people again.”

Both Booker and Jerido have a two-part message.

First, learn more about a disease that can affect anyone.

Second, when you have the opportunity, get tested.

“There are multiple forms of sickle cell disease,” said Booker.

They would like to see more awareness about the disease beyond the month of September.

“If you’re getting genetic testing or before family planning you need to know if you have any abnormal hemoglobin,” said Booker.

So far the only cure for sickle cell disease is a bone marrow or stem cell transplant.

“It can affect you, your family, or anybody that you may love,” said Jerido.