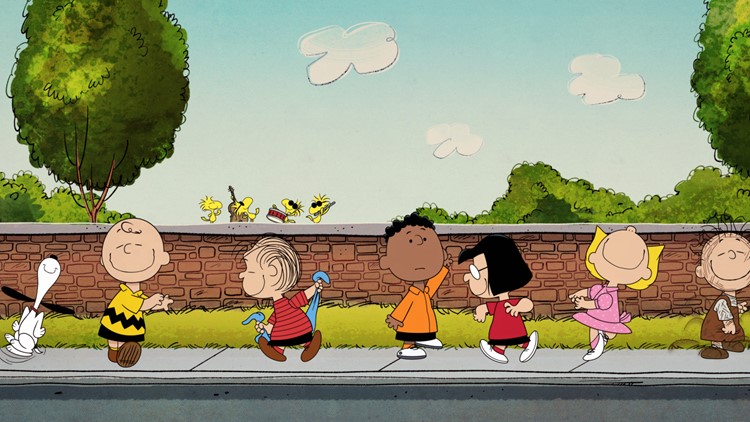 The “Great Pumpkin” never showed on broadcast television in 2020, but it’ll return to the air this year.

WASHINGTON — Charlie Brown and the Peanuts gang will be celebrating all the winter holidays back on broadcast TV this year and will star in a new holiday special ringing in New Year’s Eve.

“For Auld Lang Syne” will premiere on Apple TV Plus on Friday, Dec. 10, according to Variety and other media outlets.  It’s the first Peanuts TV special to come out of the partnership announced last year between WildBrain, Peanuts Worldwide and Lee Mendelson Film Productions.

It’ll also be the first Peanuts TV special with a title that doesn’t include Charlie Brown or Snoopy’s name, Variety noted. It will revolve around how the Peanuts gang are disappointed to learn Charlie Brown’s grandmother can’t visit for New Year’s Eve, so Lucy throws herself a party. Meanwhile, Charlie Brown struggles to finish just one of his resolutions before the New Year begins.

Last year, Apple TV+ became the new home to all things Peanuts, including the beloved holiday specials. It sparked an outcry when viewers learned that meant the specials wouldn’t air on TV for the first time in decades.

While Halloween 2020 came and went without a “Great Pumpkin” sighting on TV, Apple later teamed up with PBS for ad-free broadcasts of “A Charlie Brown Thanksgiving” and “A Charlie Brown Christmas.”

As part of Monday’s announcement, it was also confirmed that all the holiday specials would once again air on PBS this year.

When will the Charlie Brown holiday specials be on TV in 2021?