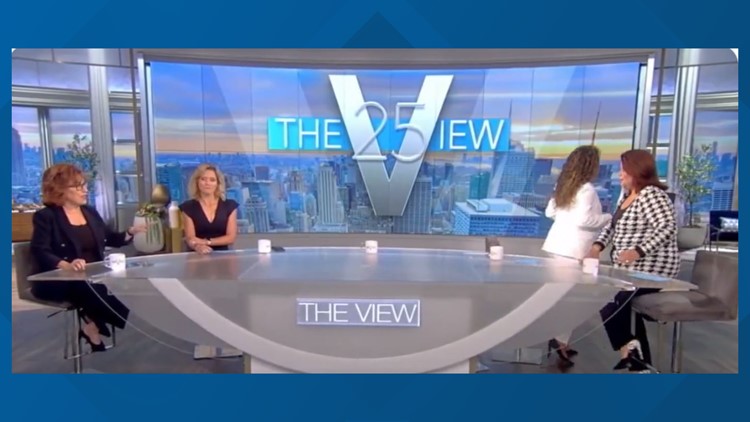 Co-hosts Sunny Hostin and Ana Navarro were asked to leave the set during a live airing of the talk show, and Vice President joined the remaining hosts remotely.

As “The View” aired live on ABC Friday, audience members were shocked to see co-hosts Sunny Hostin and Ana Navarro rushed off stage by producers after a positive COVID-19 test result was revealed. It all happened just before Vice President Kamala Harris was scheduled to be interviewed live on set.

Around halfway through the live hour-long show, CNN’s Brian Stelter reported the news on Twitter labeling the positive test results “breakthrough cases,” and said that Vice President Harris would not be canceling the interview.

Longtime co-host Joy Behar didn’t reveal why Hostin and Navarro were rushed off set until after the commercial break, but later told the audience that it was because of a positive COVID-19 test result. The audience was reassured that the hosts should be alright because they are both vaccinated against the virus.

Joe Concha, a media columnist for The Hill and Fox News, wrote on Twitter that Vice President Harris was “apparently” waiting backstage at the time.

A clip of the moment posted to Twitter shows when both co-hosts exited the set. When the show returned after the commercial break, the remaining two hosts had moved to different positions at the center of the desk set.

White House reporter April Ryan tweeted that the vice president remained in a remote location in the building, outside of the studio.

BREAKING: Sunny and Ana have been asked to leave the ABC studio because they tested positive for COVID.#TheView pic.twitter.com/DMIYrjHjid

The View, shortly after, released a clip of the show where Harris was able to join Joy Behar remotely for the interview.

.@VP Harris: “Sunny [Hostin] and Ana [Navarro] are strong women and I know they’re fine, but it really also does speak to the fact that they’re vaccinated and vaccines really make all the difference because otherwise we would be concerned about hospitalization and worse.” pic.twitter.com/m5NMwT5dk8

This is a developing story and will continue to be updated where necessary.