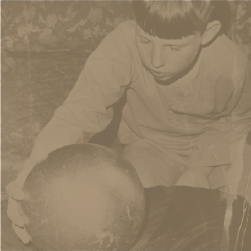 In 1974 a metal sphere was discovered on a prominent family’s property in Jacksonville, Florida.  What at first was a mere curiosity soon seemed more otherworldly as, witnesses say, it rolled around on its own. A media frenzy erupted as the ball sparked interest from the Navy and nationally renowned scientists. The obsession with the mysterious ball ultimately silenced the family.

Odd Ball is made possible by supporters of WJCT Public Media, with additional support from Bold Bean Coffee Roasters.