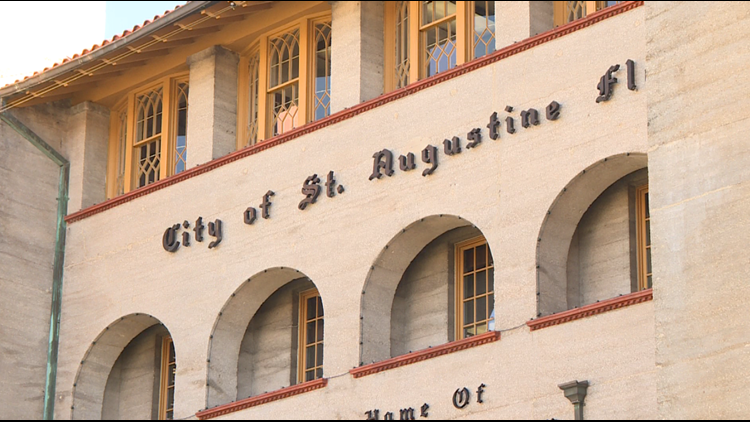 The crash happened between 11 a.m. and 11:20 a.m. at Charlotte Street and St. Francis Street, according to St. Johns County Fire Rescue.

Twelve people were injured in the crash, including one person who was flown to an Orange Park hospital. First responders took the other eleven by to the hospital by ambulance, the fire department said.

All injures are non-life-threatening.

The cause of the crash remains under investigation at this time.